Dryers are inserted into the corner of the nonsensical electricity consumers already for several years. And I find that it is better to stretch his clothes outside on a clothesline on a sunny summer day with 20 degrees and light winds. If you have the chance ... and that is where we are at the point. Not everyone has the opportunity to hang his clothes. Be it bad weather or lack of space. Furthermore, I also place one in question, that the drying of laundry in a beheizeten room in winter and the forcible necessary frequent ventilation of the room is much more economical than a modern heat pump dryer; of moisture problems and related mold danger to mention once all. For me, anyway there is no way past a dryer. The peel, split unit is also a Miele dryer. However, this is 20 years old and equipped with good old exhaust hose. Operation he still does, but he has become extremely noisy over the years and consumed in fact a considerable amount of power. Since I am relatively open to new technologies also was for me the change to a heat pump dryer no big deal.

The processing is, as far as I can tell as a layman, very high quality. Miele advertises only manufacturer (currently) on enameled fronts for drier to have the scratch, corrosion, acid and alkali resistant. I wonder at this point but, then why not the entire housing is enamelled, hears the corrosion on approximately at the front? Given the price, this is really not too much to ask.

For me, one was the purchase of the reasons that Miele in Gegenatz to other manufacturers (which have thus been brought bloody noses) not advertises to be completely maintenance-free. So, too, continues to be a cleaning of the filter 2 responsibility of the user. Also occasionally the filter before the heat exchanger. For but Miele has ensured that all parts are extremely easy to reach and, if necessary, can also be easily replaced and serviced. Simply wash the filter or clean-suck and you're done. The cleaning of the heat exchanger is possible without major dislocation.

The appearance is also satisfied. Similarly, a washing machine and dryer that has a porthole through which one can see Spinning his laundry. What has Miele but thinking the flat front fitted with a plastic disc and the curved inner surface with a sheet of glass is a mystery to me. If the saving delusion arrived about already so far at Miele?

As with the earlier dryers, the front a whole is very clear and is essentially determined by the large knob, the display and a few keys option. The washing drum is also equipped with bright white LEDs illuminate the light enough to donate in any diffusely lit basement rooms to track the otherwise overlooked like socks.

Here you can really tell everything very quickly. The dryer does what he should. He dries the laundry reliably and precisely to the degree that one has himself previously determined. Failures there have been no, and the laundry is soft and fluffy. In addition, it is also relatively Trommelreversion by "grade" and not completely crumpled and twisted, as I experienced it in some low-dryers already. Very laudable Miele is the way the very detailed consumption table (depending on the drying mode) and almost everywhere reached specified consumption values. Depending on the spin speed of the washing machine and fill level they sometimes differ slightly from up or down, take the average value but pretty much the values ​​the Miele also called.

A sensor automatically recognizes the residual moisture contained in the laundry and adjusts the program dynamically. Say, It may be that an initial term of 2: 30h is calculated, but previously very dry spun washing significantly reduces the duration. Then the display jumps like once more to 10-20Minuten and sooner end of the program.

Here the dryer must unfortunately leave with me a few springs and this also leads to a total deduction of points. I have the impression that Miele with this unit can not decide whether they want to really break new ground now or want to stick to their old tradition. That's the effect incomprehensible to me, it would be but easy modern dryers bring out the technology game kids like me and a traditional dryer with knobs and buttons + Status LEDs for the housewife / husband who just want to dry pragmatic.

As mentioned there is a knob to select the program and a one-line display. Who now believes, however, this rotation Regeler would include all programs, you are wrong. Namely, there is the mode of other programs (via the knobs) of a then VIA THE DISPLAY other programs offered. For me to do at this point to question mark. What shoud that? Either one lists all the programs knob to or allowed the latter away and control all of its programs on the easy to read display.

The same applies for additional options. On the one hand there are heads that I have to press (such as drying step) then however lead me to the display in which I then in turn adjusting the level. I would have liked to have the dial routes can and instead installed a large display. In a few program steps you would have had a reliable query the geführzspielsweise within 10-15 seconds to start the dryer:

So it remains a Gehampel between two worlds. This is certainly understandable, but seems to want to implement the Miele Smart Grid / home automation ideas consistently. Also strange is the program selection by the kilogram for me. There are programs that are designed by 1-8kg, others for 1-2kg, then there is the automatic load at
half filling (automatic load = the unit decides? -Falsch! You have to do it myself) I find it frankly quite difficult to assess whether I'll now 4.5 or 6 kg of wet laundry from the washing machine and I therefore can turn on automatic load / must / should. I inserted a humidity sensor to the program automatically has to
but shorten any integrated scale to realize how strong it is loaded? A scale on the cover would have been nice times. Laundry basket draufstellen, laundry weight is shown on the display and earmarked for the program.

So you do not get it misunderstands. The service is also so well-rehearsed after a few drying cycles and learned in a short time, but it is not logical and consistent for me.

Very nice, and this was also one of the reasons for purchase, the Eco feedback says it all. It shows not only before the start of the presumed energy consumption (in the form of a beam blocks) but also measures during drying the kilowatt hours that previously mentioned, quite consistent with my current meter and consumption indication by Miele. So later fall on irregularities, as if filters are clogged and thus drive the fuel consumption up. Here, the device reports but also autonomously if it needs cleaning.

To my knowledge, is also unique is the waste water / condensate system. Here you can choose whether a wastewater hose is inserted (outflow) and thus saves the pouring, or whether the condensed water will be collected on classical way in plastic containers. The resulting amounts of water, especially in cotton, are considerable. The pouring is but simple. The container is pulled out and can then be dumped. The discharge is so constructed that it simply runs out without spilling. The water can be excellent for ironing or similar be used. However, if you want to smooth out his shirts from the special program thus should be some water in the container. I do not believe to this effect and stay while ironing.

Only drawback is that the container can not be pulled out as long as the door is opened. As for me, after each drying the filters are cleaned and I let the unit cool down is with me always everything open. Well this is now but really whining at a high Nivau ;-)

The background noise is actually a bit louder than expected. In the basement which is perfectly fine, in the living room near it were me however too loud. Chill it corresponds to the volume of 2 dishwashers.

Overall, a solid device with super fuel economy, a good ECO-viewer and solid mechanics. The latter said at least the fitter. The maintenance can be easily performed. Whether the electronics but similar long does as little as 20-year-old Miele dryer still potter about in many households may be doubted. The Trockungsergebnisse are excellent and visually, the device does not have to hide.

When operating I see potential for improvement. As I said, a device with knobs and buttons, and a model with display control would be more appropriate here than the constant jumping between two worlds. At least the "Anderere Programs" menu would be abolished and "mechanically" added under the knob. Not quite clear, I am about whether the Miele dryer is worth the considerable price unlike its competitors. The current dryer (20 years old) is the best example. What good is such a device that keeps felt forever, if you're in sometime previously discarded or outdated technology due to higher electricity prices. For this money you could also buy the 2-effective dryer hold probably just as long and the bottom line probably save even more power when going after 6-8 years to the next model with A +++++++. Since I am however rather a man who believes "who buys cheap, buys twice" the Miele dryers is already a very good choice. Whether you really need this many dryers programs and especially these fragrance dispensers, was once an open question. For me, rather the mechanics, maintenance and Effizenz is crucial.

In Annex I once made a couple of pictures from the ECO-Gazette and the serviceable filters. 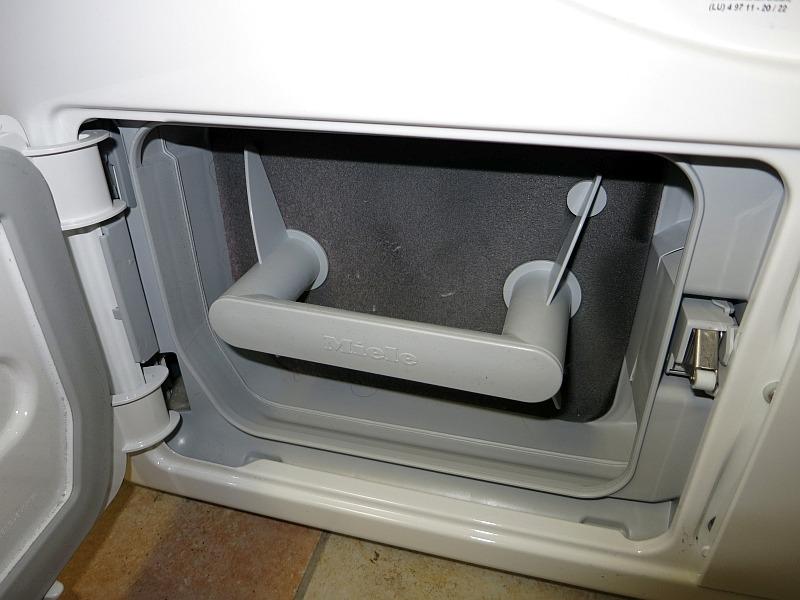 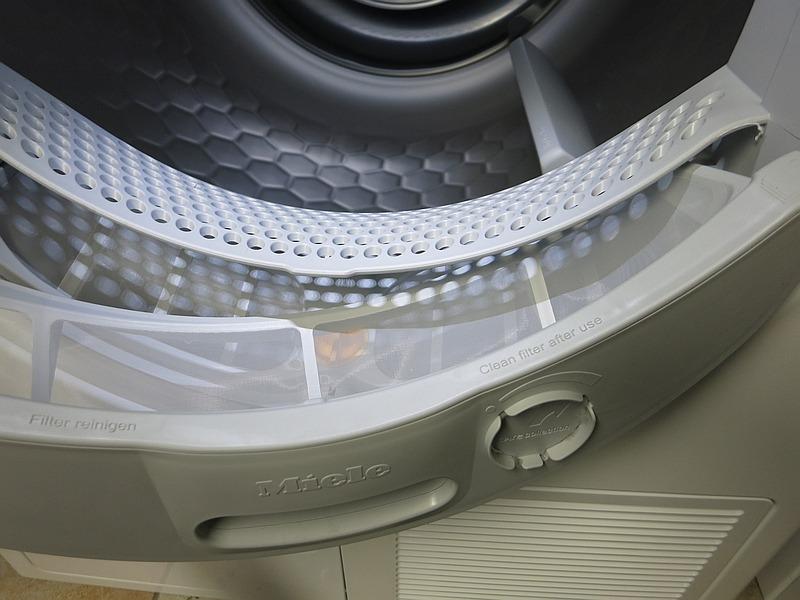 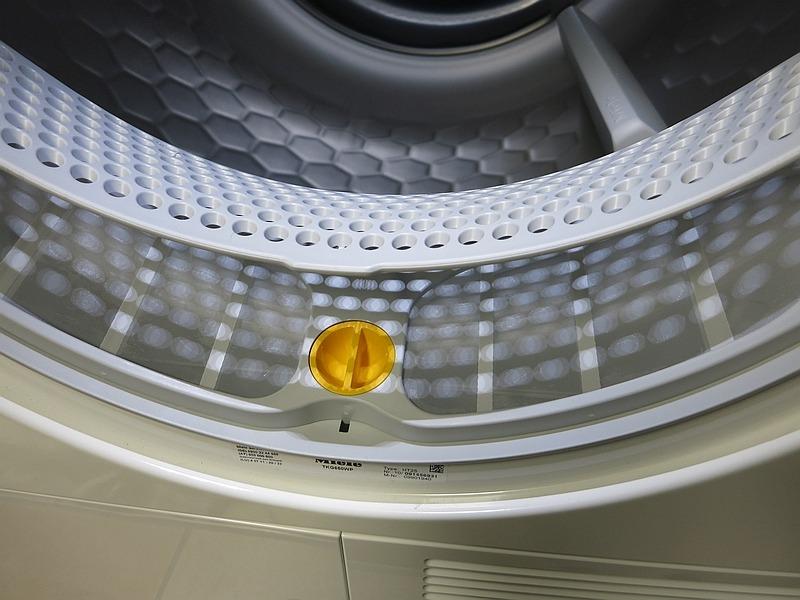 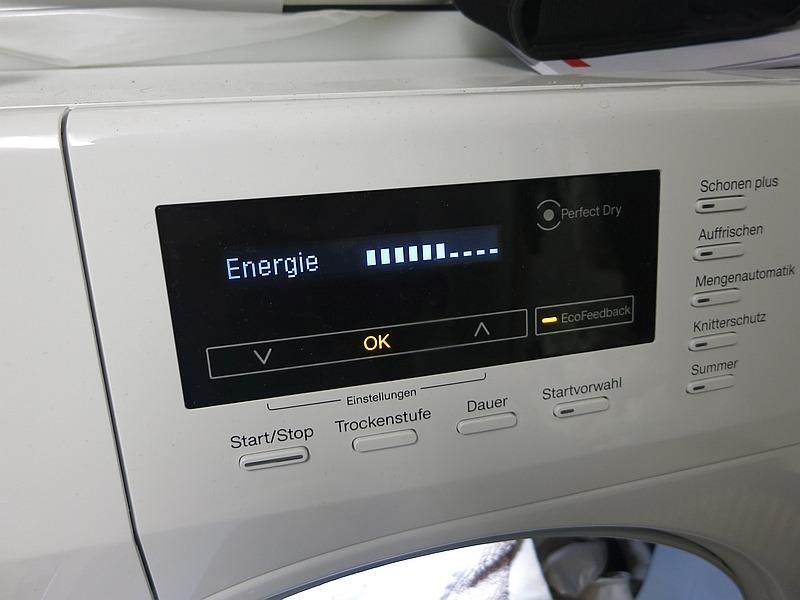 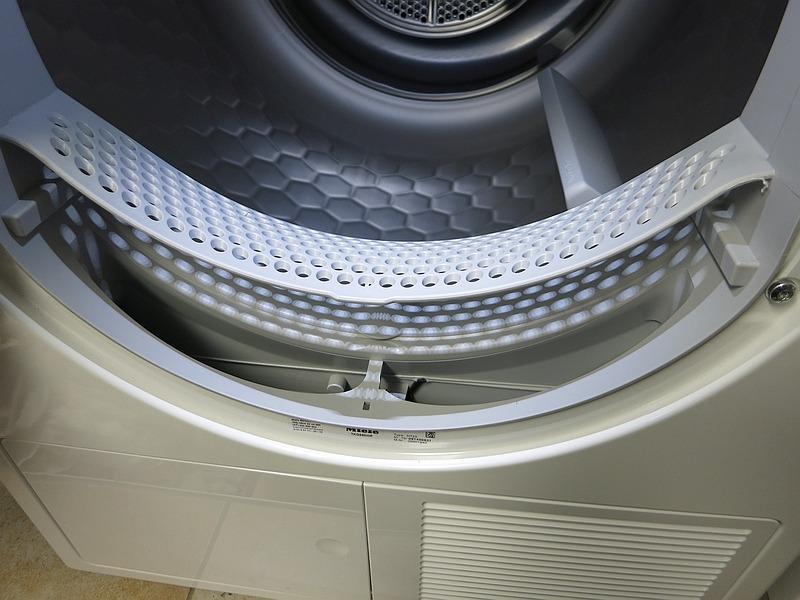 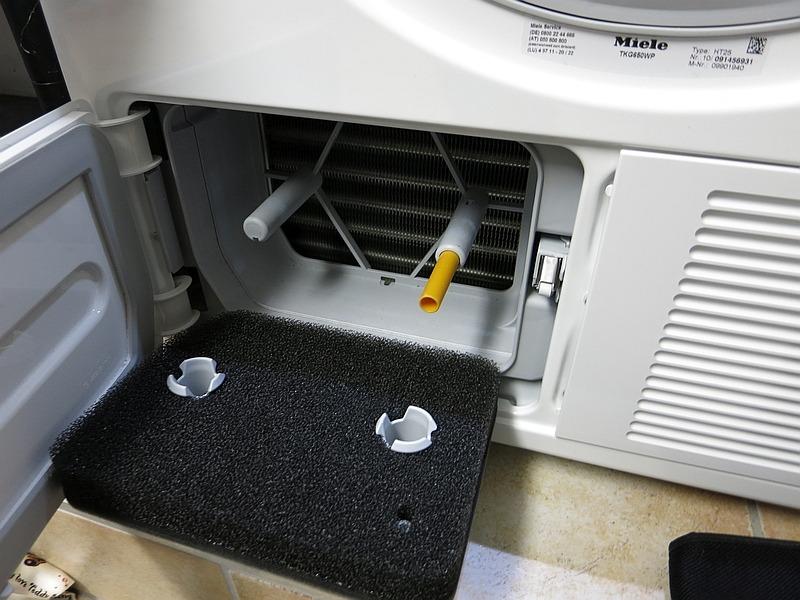 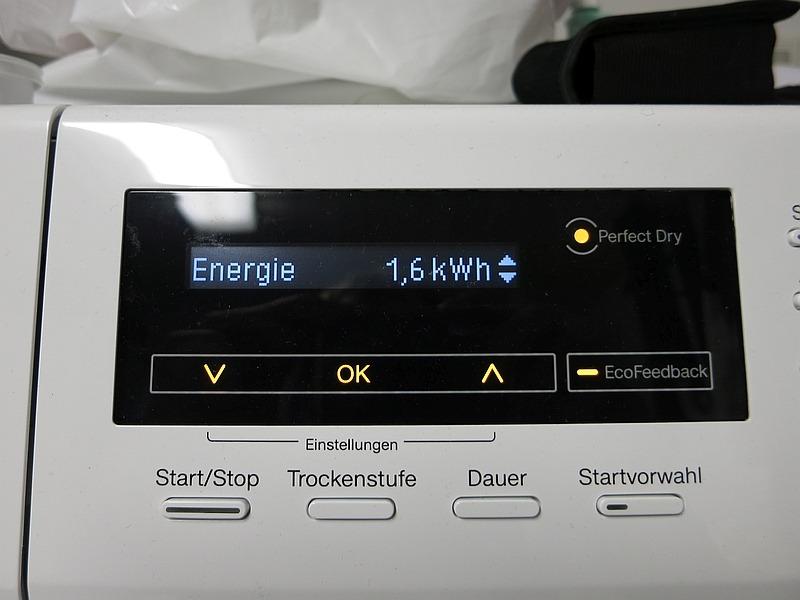 A great product for the price and agree performance Rank: 5/5
August 14 Not bad but room for improvement 1Primus Thermos Bottle (equipment)