Mouse (3/5 stars):
Uses only 1 AA battery and thus has a low weight.
There are no extra buttons or something, just a classic 3-button model.
Scanning, etc. is of course great.
Laterally easily rubberized for grip, up and down just plastic. So far everything top.
The mouse can not quite keep up with the build quality and the comfort feeling, which mediates the keyboard, but unfortunately.
Clicks are rather noisy, the keys could - to match the keyboard - gently work.
The mouse wheel works gently and has noticeable notches, but sometimes agree the detents the mouse wheel does not match the actual scrolling behavior on the screen, which can be really annoying when you makes extensive use of the mouse wheel.
Also I just can not get used to the pressure point of the middle mouse button, which could also be gentle, pleasant and above all accurate.
I had some time ago a Logitech mouse (V450) and this showed exactly the same problematic behavior of the middle mouse button on.

General:
+ Madness price / performance ratio
+ General super workmanship and beautiful thoughtful design
+ Easily accessible on / off switch on both devices
+ Unifying Concept awesome! Only one mini-receiver needs and remains just always in the laptop. (The plug can be stored nicely in both devices, however.)
+ Range: Far enough, as long as no wall or something unexpected happens;) Sometimes however, it seems as if the connection is interrupted briefly, but I'm not sure what is the reason ...
+ The 3 required AA batteries (Duracell!) Are of course included. Even if the batteries should last in the mouse and 3 years at the keyboard according to the description 1 year (which I also consider very realistic), it is advisable to a charger and batteries need to.
+ A USB cable is also in the process if the set is used with a PC under my desk - I use somewhere else, just as Extension Cable)

Problem with wireless devices are of course always the power saving mechanisms. This means that the mouse is not used for some time, it switches itself virtually in standby and is thus not immediately accessible. Deducted from this set but not particularly on: The keyboard normally responds immediately, the mouse comes sometimes after clicking back from sleep mode. The delays are thus normally absent or only minimal and probably annoying for gamers.

Conclusion:
The keyboard is just great! When mouse wheel I can not understand why Logitech has since not improved.
However, for the price, I highly recommend this well-made and so elegant set! 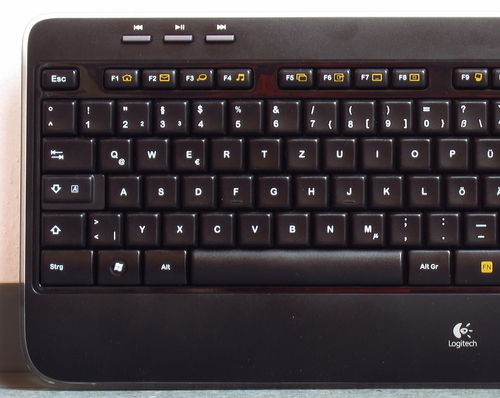 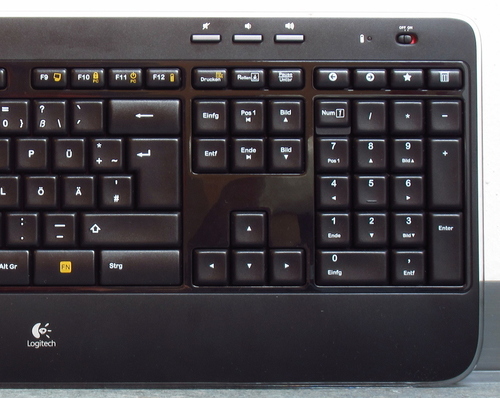