The good news first:
the film is fit and very robust and can be mounted easily.
She feels compared to other films at relatively thick (hard edges on the edge of the display).
That was it already.
The reflections are not really reduced, but extremely scattered in / on the film, which makes nearly opaque, the film may, especially in bright light outdoors.
The sharpness of the display is thereby drastically reduced. An assessment of the sharpness that will not reliably achieved, or worse than without foil - with reflections on the display. An improvement in the viewing, I could see in either case.
Consequence: foil back down after a week.
Better than words show accompanying images. Without foil the pixels are visible on the screen (right side). Sharper is not possible! The left side of the display is provided with the film, the right is "natural".
The display of the Sony, however, is very sensitive. So if foil, then necessarily either take a clear film or resort to another product. For another device (Navi) I bought the mat DORISAFE antiglare screen film: we see there that in a much smaller loss of sharpness a very good reduction of the mirroring is accomplished and usually not much help. This film I let 'it !! I'll probably use them even with the Sony HX60, if it does not fall after a month from Navi ;-). 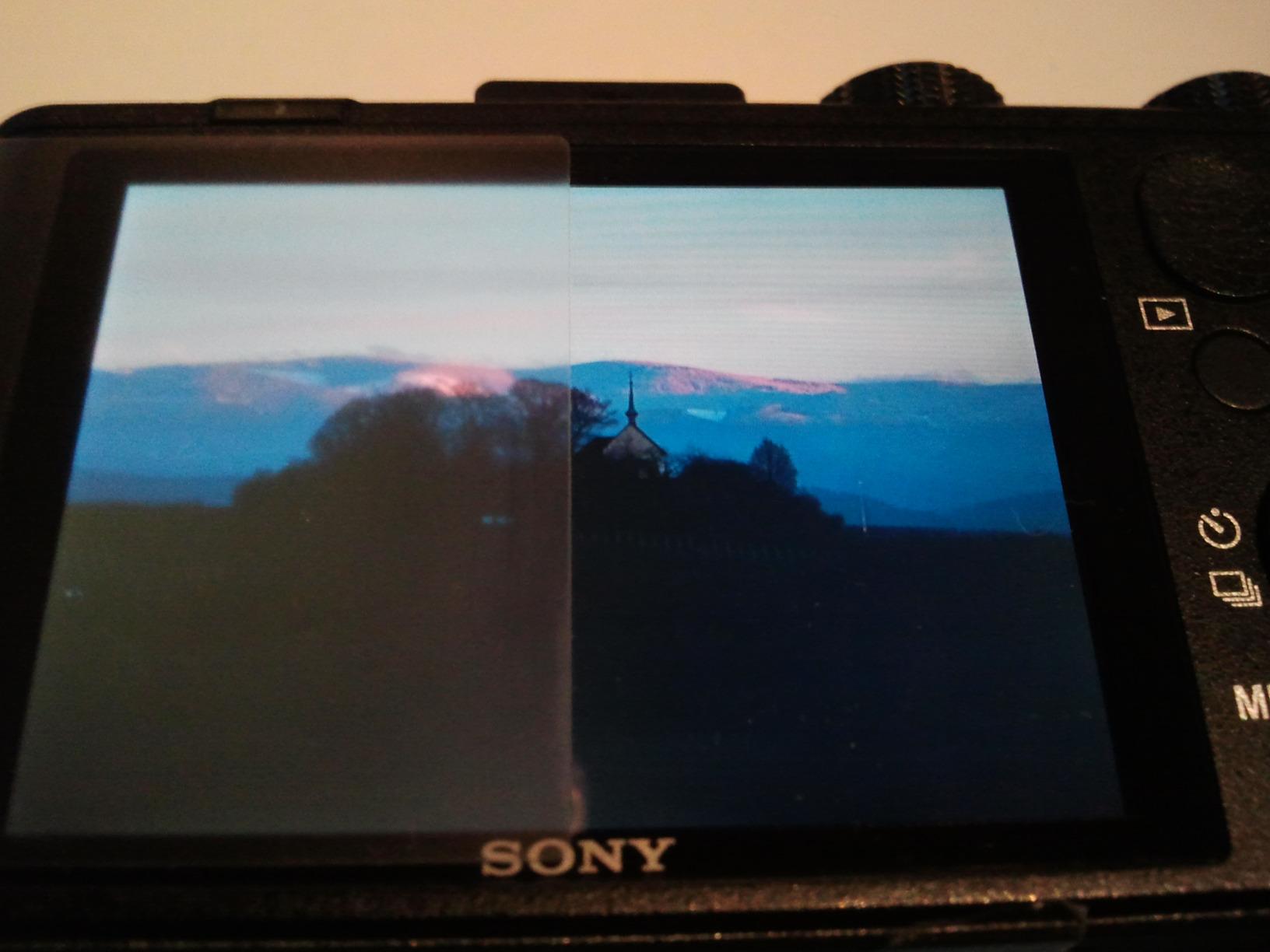 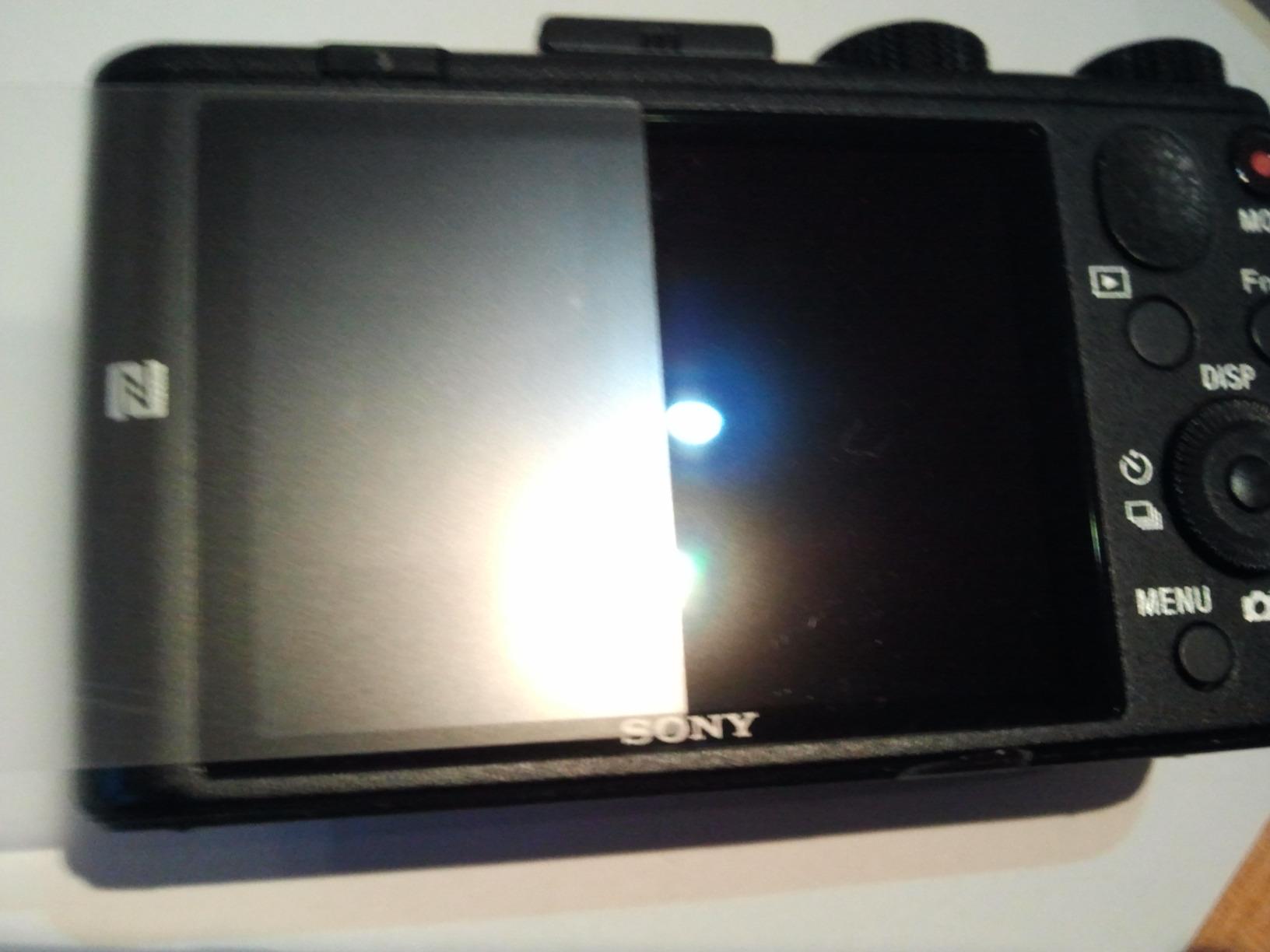 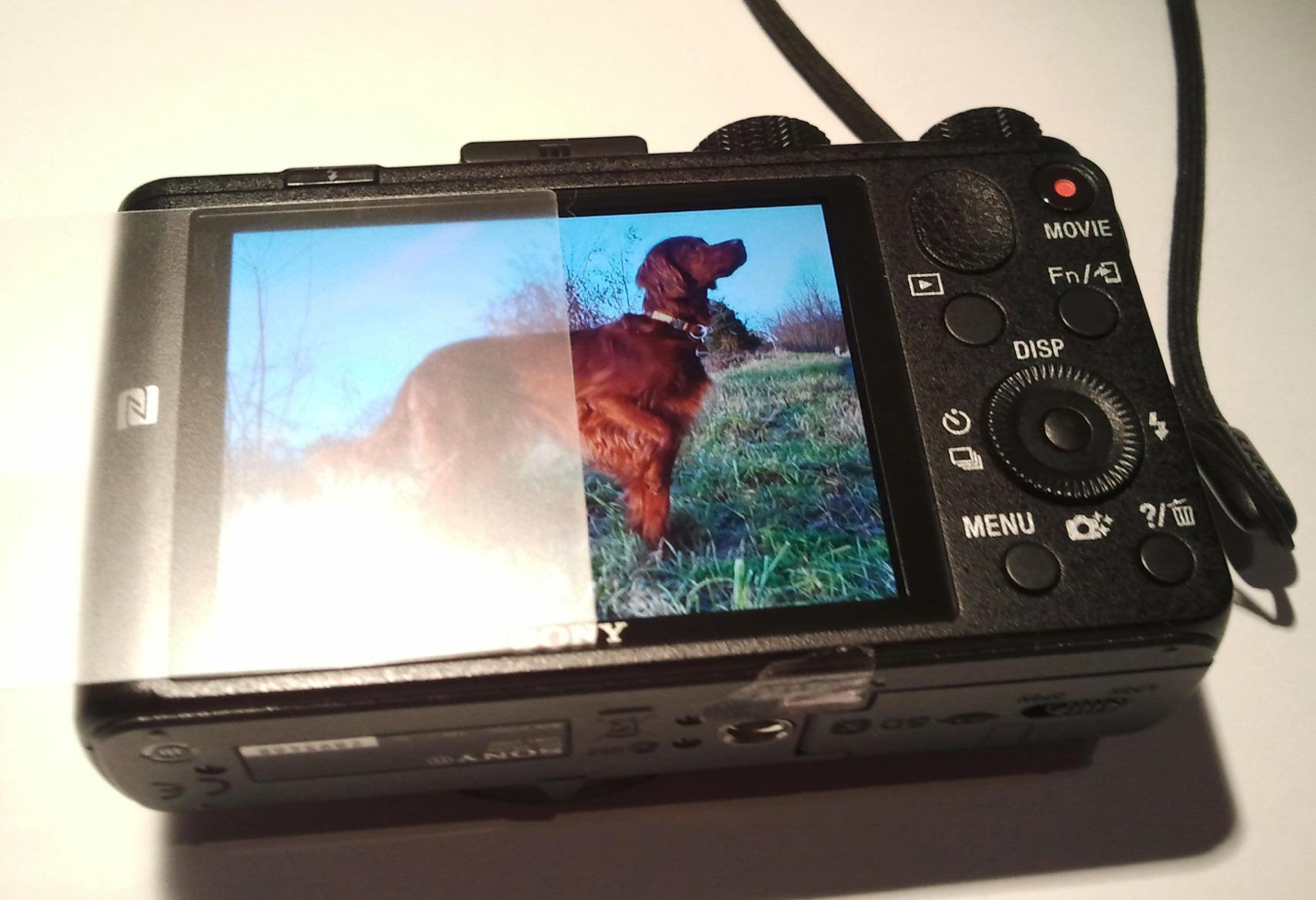 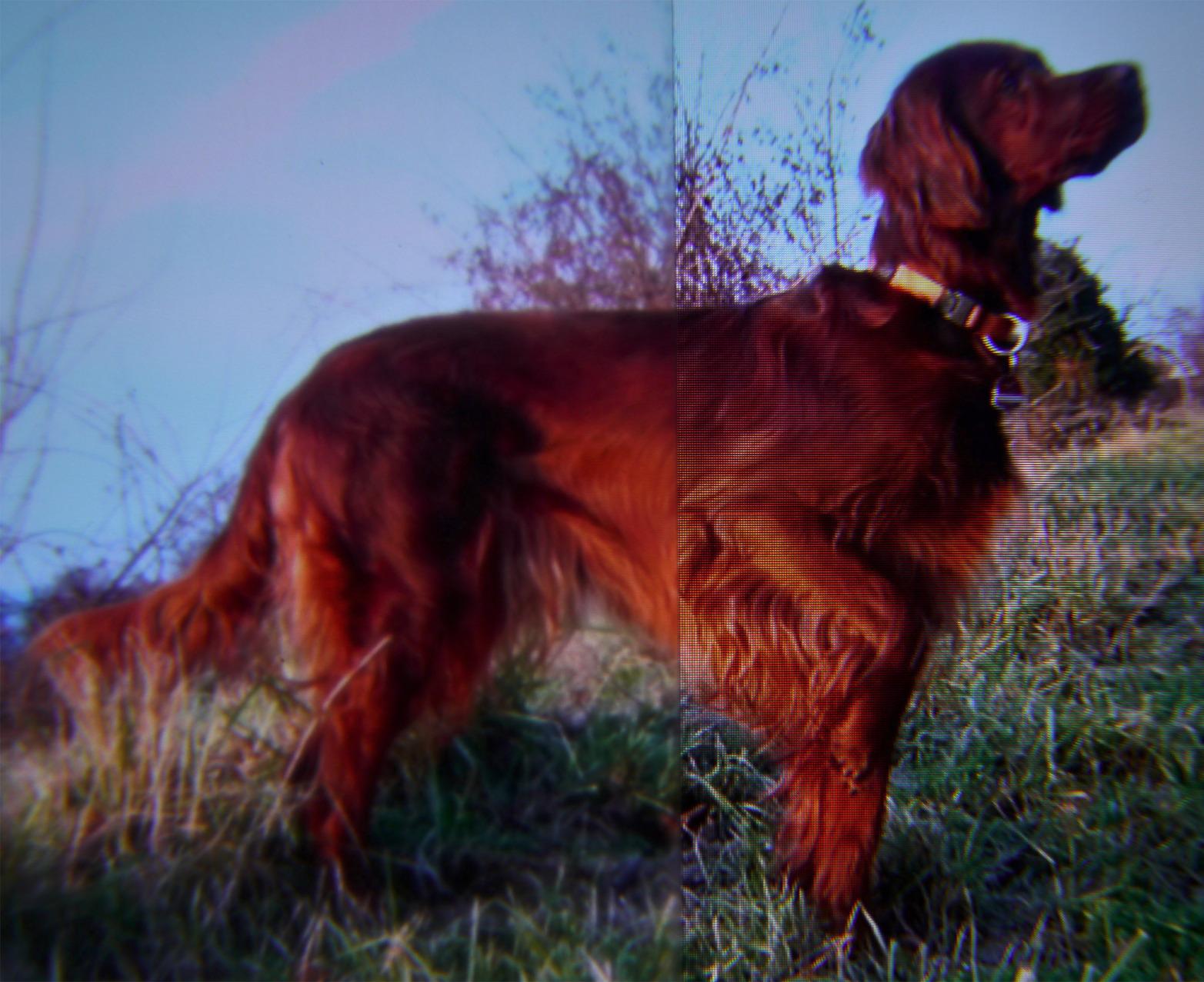