I (3x 16GB 30MB / s and 1x 32GB 30MB / s) bought 4 SanDisk Ultra SD cards and hoping to get good and fast cards. Because, unfortunately, can vary not only in the food content of what is written on the packaging, I have tested out of curiosity times the card with h2testw Version 1.4.
After the first 16 GB card, I was very surprised and really euphoric. According h2testw 1.4 the card reached a write speed of 26.3 MB / s and a read rate of 38.6 MB / s in a USB 3.0 card reader. Exceeds so the specifications of the map to achieve a read speed of 30MB / s.
When testing the next card but then came the disappointment: write rate: 8.78 Mbyte / s, reading rate: 38.8 Mbytes / sec So when writing rate a huge difference, even if the card has reached the predetermined read rate of 30MB / s loose , But to me it comes with the card rather on the writing speed, since I want to use these cards in digital cameras. So on to the next card.
But even here the values ​​were almost identical to the tested as a second card: write rate: 8.74 Mbyte / s, reading rate: 38.6 Mbytes / sec. And the test of 32GB card was then unfortunately sobering: write rate: 5.56 Mbyte / s, reading rate: 39.0 MB / s, while the bottom line reached all the cards the default reading speed or Outbid this without problems, but the write speed is not acceptable in my opinion. That it can be done differently, yes showed the test of the first card. Such diversification is already very serious.
I then checked the tests again with other readers and to another computer, but every time confirmed the times from the first test.
To get reference values, I then again 3 Transcend Extreme Speed ​​SDHC 16GB Class 10 memory card (up to 20MB / s read) [Amazon Frustration-Free Packaging] tested, with the following results:, write rate between 13.6 Mbyte / s to 16 9 MB / s and read rate between 17.9 Mbyte / s and 20.8 MB / s. Here is a scatter in it, but not nearly as serious as in the cards from SanDisk. And for cards that need to reach 10MB / s I find the values ​​outstanding. All maps were far above the specification and provide approximately double the write speed. For this purpose they are still cheaper than the cards from Sandisk.
My conclusion: In the future, I make a big circle around products from SanDisk. And more than 2 star I can not give such a product, even if they reach the specified read rate. The write rate is reached but clearly much too low. And that things can be different, so is the one card. The quality control of Sandisk probably seems not to function when such differences for the same product occur. 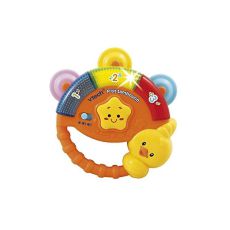 If very large and, unfortunately, the buyer must bear the cost of the return shipmentBe Mama! Pregnancy Pregnancy jacket coat warm and comfortable Model: Hurry (Textiles)

Product is very good. No difference from the original. Will I buy again next time.PearlCo Unimax water filter cartridge pack 12 (compatible with BRITA® Maxtra®) (household goods)