I have the 16GB version with the package label: buy "Transcend Ultimate SDHC Class10 16GB, up to 20MB / s 133x, Made in Taiwan" Year 2011 directly from Amazon as a second card for a digital SLR camera and delivered yesterday to get..

First I tested the card with the Heise Freeware H2testw and "apples to oranges" comparison for practical reasons to the strengths and weaknesses of my own system out to have their own test values ​​of various cards and this in relation to the continuous shooting speeds of their own cameras be able to set.

Since it was recommended as a standard format, I quickly reformatted the Transcend card with FAT32 and then directly to the computer (ie without an interposed card reader etc.) tested at eingschaltetem virus scanner with H2testw:

Then I have the map again NTFS formatted and re-tested:

Amazingly, the write speed in NTFS was lower.

For comparison, I then tested an old 2GB Kingston SD card (no SDHC, no speed class designation etc., Made in Japan). Because in the old FAT format was recommended I FAT-formatted and was then surprised quite on the high reading speed:

And because of the low write rate now again with NTFS:

The type of formatting so influenced the writing speed at least in extremely old memory cards.

Then I let reformat the card from the camera again. Inserted again into the computer, it turned out that the camera do FAT32 and recommended the old Kingston card is formatted fortunately the recommended for this card FAT mode, the new Transcend card in.

So here at last to a practical test:

To see whether to take pictures with my camera extremely high data transfer rates are at all necessarily needed if perhaps not the speed of the card but the camera acts as a bottleneck, then I have the Transcend card with a fast 8GB Sandisk Ultra MemoryStickPro HG Duo MagicGate Mark2 compared in burst mode of my Sony DSLR. (On the Memory Stick is still standing: up to 30MB / s, 200x, Made in China, Bj.2009 I also bought the map in 2010 directly from Amazon.). The camera has a max. Continuous shooting speed of 5 frames / sec. (Continuous shooting up to 5 frames per second in JPEG fine, 6 images in RAW, 3 frames in RAW + JPEG; 4 frames / s in Live View mode).

I then direct succession photographed with the 12.3 MP DSLR 1 per minute in continuous mode (JPEG Fine) an immovable motif out of the window. The Transcend card were then 225 and on the Memory Stick There were 228 photos. So no big difference, especially since the difference can also arise due to measurement errors.

For safety then again a two-minute period to fire a richer detail motif (File sizes per image about 30% higher):

On the Memory Stick while more images have been saved, but the lighting conditions changed several times during the long periods of time, so that by changing the file quantities. Thus, the experimental set-up was no longer optimal. But another test with the old Kingston card was made not because now the battery capacity has been greatly reduced. For my purposes, it is hereby also rich, otherwise the camera gets perhaps NEN damage.

With two memory cards, the camera photographed initially continuously and without noticeable differences in speed. None of memory type, there was genuine misfires etc. The Transcend card however, there were from 60 Sec. phased on shutter sound obvious slowdowns. The same was observed after 1 min. 40 sec. The Memory Stick. Since the Transcend card min. 50 sec. To work at the same speed, I find the performance unacceptable, especially in relation to the competitive price.

Thus I would have back then do not need to buy the expensive Memory Stick for my camera, but would have been too happy with an SD card. Because of the simpler data handling (no Memory Stick slot on a laptop), I'm going to the Transcend card use in the future as to take pictures until card and keep the even faster Memory Stick only as a backup card in the camera, because when you let in Practice finger ever so long on the trigger.

For cameras with even higher burst speed the Transcend card might seem natural in a much worse light. However, they should be real indeed compare with another SDHC card and not with a Memory Stick.

In this test me now is finally realized that I. For my old Sony A350, the only max 2 frames per second in high resolution (14,2MP, JPEG, fine) managed no fast memory would need to buy. Instead, I bought based on the recommendation of a photo dealer for this camera a 4 GB SanDisk Extreme IV CompactFlash card with 45 MB / s for the price of a (simple) lens or flash me then. The money would you really can otherwise create.

Conclusion: Low-cost and fast card that has when the antivirus software in my test achieved a read speed of 18 MB / s and a write speed of 15 MB / s and in a digital camera in direct comparison with an expensive and actually significantly faster Memory Stick ( has MemoryStickPro HG Duo MagicGate Mark2) also performed well.

To take a picture (at least with my current cameras) not the very fastest storage media required. If you absolutely need it, you could buy what quick little for special situations. For me cheaper memory ranges like this Transcend card, at least for now, completely out. 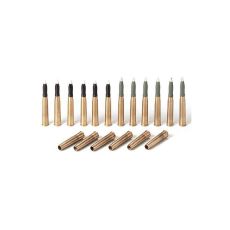 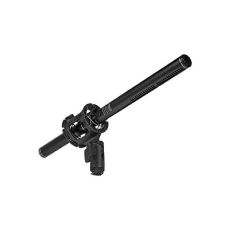 The sound is also imortant than the picture! Rank: 5/5
January 5

The practical test with and without equalizer compared to the Bose SoundLink miniJabra Solemate Bluetooth speaker (Bluetooth 3.0, NFC, speakerphone) (Electronics)