Great device, but Windows 8 would not (yet) need to be As the title suggests, is the Lenovo U510 is a very high-quality, brisk work device that is quiet and very easy to transport because it to an Ultrabook really good satisfies Intel's requirements.
The only drawback is, at least from my perspective, the pre-installed Windows 8, which is, however, so can also be replaced by Windows 7 - here Lenovo provides world-class support. All drivers are available both for Windows 8 and Windows 7 download. Although the setup of Windows 7 through a competition organized by the manufacturer partition chaos including peculiar NTFS file system (that is to not allow Windows installation obviously) initially was difficult (Dr. Google has helped!), Windows was 7 Professional 64 bit quite quickly ready for use.

Since my review is the first to this device, I will briefly touch on some points:

Display:
========
The display has "only" a resolution of 1366x768, which in my opinion "is but perfectly adequate at 15.6 The colors are strong and the picture is generally sharp and detailed, the brightness in my opinion is very good -.. Of course it is also adjustable. The display is mirrored and not matte, but this is not uncommon in this price range. The quality of the display does so in my opinion, not detract.
Videos are displayed beautifully and liquid, which is also on the fairly good graphics card (NVIDIA GeForce 625 M; Experience Index 6.3 points).

Feel:
=======
For Ultrabook- newbies like me to handle the U510 is still a bit unusual, as for example the keys are still shallow recessed into the keyboard. So new it is so pleasant it is. When writing one has the feeling that everything is processed very hochwerig. The keys are at the ready quietly, but not quite silently. The touchpad is not too sensitive and not too slow. The individual "smartphone" - facilitate and accelerate the use of gestures Ultrabooks considerably.

The case:
============
Again, scores by Lenovo sophistication. Even if you have mainly to do it in the unfolded state with plastic, so still looks all well made and also more elegant. Particularly enjoyable are the aluminum panels on the cover and on the bottom. So Lenovo is in spite of its delicate appearance, but quite robust.

CPU performance:
==============
So far, I could not test thoroughly enough the CPU to evaluate their performance themselves. That's why I'm here shortly announce the details of the Windows 7 performance index:
Windows rated the CPU rated at 7.1 points. I will deliver this regard yet eliche update my review.

Battery and Power Management:
===========================
The endurance of the batteries I could not test enough until now in order to allow me an opinion here. However, I wish to emphasize positive energy management. The Ultrabook will discharge the battery in the battery preservation mode down to 60% and then switches to mains operation in order, without charging the battery pack.
Here I would also like to say a negative from my point of view: The battery can not be removed without substantial circumstances which probably sometime a certain expensive battery changing is incurred at the advanced age of Ultrabooks. However, this seems to be the case with most available Ultrabooks.

Preliminary Conclusions:
==================
Actually, the Lenovo U510 had after my first impression worthy of five stars, if not for Windows 8. For me it is absolutely unnecessary, because it 7 can not hold a candle to a well-maintained Windows. In deceives even the Klickibunti UI named "Metro" not ignore.
Comes with Windows 7, it would have received from me the full points!

Update - 19/12/2012:
====================
I work since you received every day for a long time with the Lenovo U510 and am still totally satisfied. It should be added that Lenovo mitliefert a high-quality display port adapter for use of projectors with VGA connector. Thus, the representation of the projector can be done without loss of quality - ideal for film screenings and presentations.
Also, I have not yet mentioned the beautiful lighting of the keyboard, which can be easily turned on when needed - it does not just look very chic, but is also very pleasant (not too bright and not too dark).

The battery lasts a long time - after six hours shows the Batteristatusanzeige of Windows yet to 20-30% at. That's when Ultrabook this price certainly a top price!

The gaming performance I will test in the coming days - according to Youtube, as well as titles like Battlefield 3 and Far Cry 3 run properly with proper configuration.

Update - 28/12/2012:
====================
I could see the CPU to test adequately and can the Core i7 3517U in U510 now exhibit a very good report. Not only banal Office applications running pretty fast, but also far more complicated resource programs such as Photoshop. Together with 8GB memory it is no problem to run multiple applications in parallel without having to reckon with performance degradation.

Meanwhile, I was also able to remove the battery extensively examined. The battery life equivalent to my previous impression of the device. The unit worked just over seven hours on battery power at a relatively intensive use and activated energy saving mode.

Also, I would like to say that the Ultrabook "is very handy and light despite its 15.6. I am so often on the road and notice in this regard a significant difference to conventional notebooks! The U510 fits with sleeve perfectly into the notebook compartment of my well-stocked Briefcase and the very small power supply is brought even slightly below!

I have not added the product description two images. One shows the VGA adapter is included. The other shows the illuminated keyboard.

Update - 31/12/2012:
====================
I have now learned that is spoken in some tests and reviews of a problem with the wireless adapter. The connectivity will therefore be rather mediocre. I followed that and have in this regard found no problems.

Further definition of the above-mentioned partition Chaos:
-------------------------------------------------- ---
The partition chaos has manifested in the fact that the manufacturer incomprehensibly many small partitions have been created that had no other purpose except for the System Restore. Installing Windows 7 proved far more difficult because all these partitions had to be deleted.
(At this point I would point out that anyone who followed my advice is to own responsibility and no claims against the author may arise, the modifications should not achieve the desired effect or even damage the system or the Ultrabook!)

The installation of Windows 7 can only take place when booting from the Windows DVD. (Ultrabook start in maintenance mode and select the DVD drive as a boot device.) Once in the setup, you should follow the setup wizard to select the system partition. Here you should delete all partitions and then create the partitions you want. (Windows 7 can be installed on any of the originally existing partitions because the setup has a problem with the file system!) Then is to select the system partition - from this point, the Windows installation is running as usual.
Does not work or the setup does not work the same formatting, it may be that the formatting is carried out with diskpart in the command console - I here but about either Dr. Google or really skilled people to consult.

The sound, give the integrated speakers of itself, is pretty good for a portable computer of this type. Although of course the bass a little weaker, it is still clearly defined, as well as the very clear highs.
The speakers are located behind the "hinge", which connects the display with the body.

So far I can say U510 with Core i7 is a strong buy recommendation for the Lenovo! 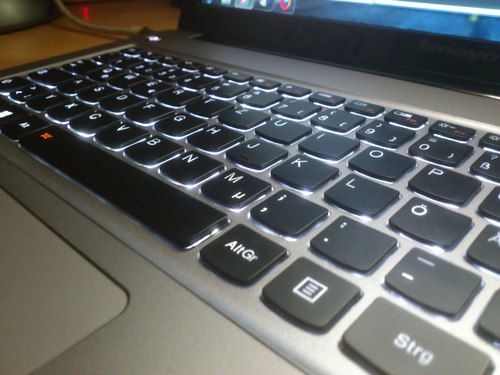 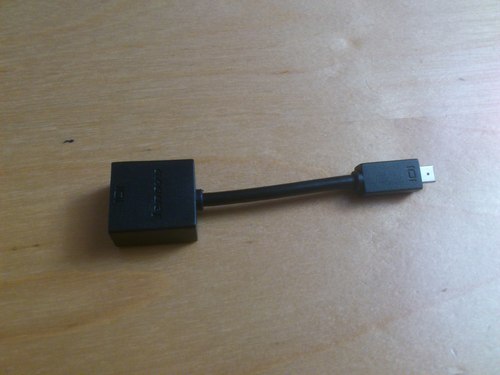 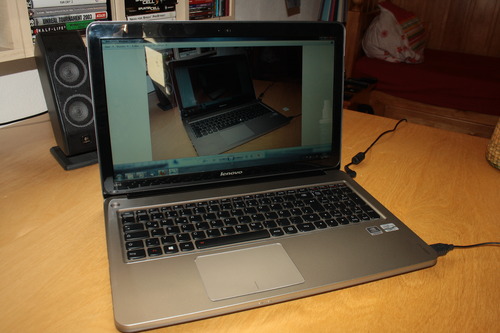 The novel to understand the challenges of the 21st century and 20. Rank: 5/5
November 9 I had no great expectations, but I have still not often used, but does not have any defects, am satisfied, thank youWolfcraft 5205000 Universal angle, length 300 mm with exchangeable plastic stop 200 x 300 (tool)

In itself a great device, but do it right EVIL BUG in MP3 via BT or USBAlpine Electronics Alpine car stereo Car Audio CDE-173BT, CDE-173BT (Electronics)

Actually good, but 5 star would not be adequate.Sharkoon DarkGlider Mouse Pad (accessory)