I'm not an audiophile and satisfied To embark on the search for a new headset is truly no easy undertaking. My old AKG K-511, an affordable all-rounder which I mainly used my MacBook has technically not given up the ghost after several years, but the material was porous and the part just fell apart. When searching for a new KH I wanted a sonic upgrade, although I was quite satisfied with the K-511.

As a non-audiophile man it was not easy to find the perfect headphones for me. For two reasons: because I am not familiar with the vocabulary of audiophiles and because there are individual listening habits that can objectively can not convey.

The vocabulary that is so one thing: Although I know what are high, mid and lows, sounds like something if it sounds spatially, or how distortion / overdrive sounds. But I have never heard of a "stage", a "bath" of "impedance" or "low and high impedance KHS". And my urge reinzulesen me in the matter was limited.

I have made myself on Amazon and in HiFi forums a bit clever, have read that good KH afford mainly a "neutral" rendition to sound sober and linear. On my iPhone I use for some time already the urBeats In-Ear Headphones, which, I think, have a very good person to me sound. Warm, with good but not exaggerated bass, how it beats always nachsagt. That Beats distort the sound, is clear to me but I like it that way.

When I then read that the Philips X2 Fidelio is a high KH, with a little more bass than the other usual suspects from Sennheiser and AKG, I've bought it and was after the first trial hearing at home (at the store it sounded good) pissed , He sounded on my MacBook did not like in the shop where I had connected it to my iPhone. Zero bass. I realize that such a qualitative KH should be operated on a good system. Anyway. I have made myself again clever and am finally stuck after a long search the Sony MDR-1A.

It was the right choice this time. A top headset clearly stressing its highs, mids and lows. The Sony has already become a KH with a strong bass, which I do not find. So, as with Sony, it should be. One must simply hear the bass, not grumbling, not wabernd, not pungent, but clear and punchy. And that provides this KH without, such as the beats, the bass thrown away the heights to the forefront to push.

I've been using the Sony KH now the new album from James Bay belongs, of course, Brothers in Arms by Dire Straits and two albums by Alison Krauss & Union Station - all albums in top sound. A relatively poor abgemischtes album as "The River" by Bruce Springsteen, one hears on this KH immediately. You can tell just how it intends the artist. The boss wanted The River make it sound like an AM transistor radio. You hear with these headphones. Good stuff sounds phenomenal, bad is unmasked immediately.

A great device that makes a non-audiophile nature as absolutely happy me. 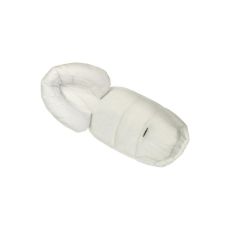 Be determined not to serve and you're freeThe Post-Anarchism explained to my grandmother: The principle of Gulliver (Paperback)

Discreet on my coffee table, you can easily store 4 remotes and why not, the landline and mobile.Meliconi Remote Control Holder (Accessory)

Youth fantasy that does not lack spice and interest!Lost memories T2 (Paperback)