Not quite as good as the original English version

Last week, the new Disney fairytale launched the Ice Queen - Completely unabashed in theaters (my movie review can be found here). And also in this case: Not a good Disney animated strips without musical numbers.

Since 29 November 2013, the soundtrack is available in both a German and in an English version and a digital CD. In addition, there is a Deluxe Edition with 2 discs, which contains additional demos and unreleased tracks alongside all German tracks.

Because I was very impressed by the snappy songs in the film, I have taken the German soundtrack closer look:

Legendary 32 tracks can already be found on the regular version, which is mainly due, however, that in addition to the songs from the movie, the complete score is included on the CD. I think that's ever positive, there unfortunately also plenty of examples where not only the soundtrack, but also must separately purchase the score album itself.

The score itself was written by Christophe Beck, who in 1998 already won an Emmy Award for his work as a composer score in Buffy the Vampire Slayer. He is now engaged in a lot of Hollywood and no wonder, considering the gloomy, atmospheric tracks sounds on the ice queen album. Although I have a few slightly more romantic pieces missing, but that is the film itself owed, not the score.

Centerpiece of the soundtrack are already the ten actual songs: nine musical numbers directly from the movie as well as Demi Lovato Pop interpretation of Elsa's power ballad Let it go.

The song rips easily and is heard each time catchy, so it is very nice, which is also contained in the German soundtrack of this title.

The other songs are Cold heart (a joint number one group Northmen, the frozen ice break), the groovy, cheerful troll song polishing, Kristoff little reindeer are better than people number and in the summer, sung by Hape Kerkeling, who in the German version speaks the snowman.

There is also an unusual love duet (Love opens Türn). Unusual because the song is not corny comes, as one would expect that, but very happy, very fast-paced and easy to spread good mood. The song, which is sung in the German version of Pia Allgaier and Manuel Straube, is a secret favorite.

But the focus of the CD are of course the songs of Anna and Elsa, the two sisters, who are the main characters of the film. Four songs have both, they sing most common; and they all wafts a touch of melancholy. Both let go now - Elsas song - (the German version of Let it go) as well as the recapitulation of the first time - a duet of Anna and Elsa - is a stunner. Also, or perhaps especially because this time no classic power ballads are such. B. at The Beauty and the Beast, but rather musical numbers. Disney has now also conquered with the Beauty and the Beast, the Lion King and Tarzan Broadway; Perhaps they had already in mind, as one Tony Award-winner Robert Lopez (Avenue Q) and his wife Kristen Anderson-Lopez it has delegated that writing songs for Frozen. Be that as it may, the mixture rises and thereby the soundtrack of another takes off and is likely to be very interesting, especially for musical fans.

Now for the less good things:

Although Pia Allgaier (one or the other it is perhaps as Sing-voice the heroine of Tangled - recognize) and musical performer Willemijn Verkaik (Elphaba in Wicked - The Witches of Oz) do their thing really well, they are my opinion, not quite on Kristen Bell and Idina Menzel zoom.

Heavy worthy to be compared vs German version English version but the lyrics, and sorry, the German versions catch my opinion, the whole emotion of the submission not quite a. During the opening on songs like Love Türn or polishing does not fall much weight, that's just with the big number of the album - Let it go / Let it be - very clearly noticeable. I can imagine that musical texts are damned difficult to translate, but the more beautiful pictures painted nunmal the English version.

The cold never bothered me anyway

The refrigerant, which is now a part of me

As you can see, the texts are indeed translated the meaning ago correctly, but the English version is formulated in my opinion, sharp, catchy, with more dramatic images. As a result, the personality of Elsa is also strongly defined, I think that is a bit of a shame really and I stumble while listening to the German soundtrack also repeatedly over these lines.

Nevertheless: Overall a great musical soundtrack, which invites you to sing along and often listening. Anyone who has seen the Disney film in German and would like to have the soundtrack, because it has so much the songs in the movies - or who buys it for an audience that does not understand English - the nothing makes with the German version. All others I recommend, however, to resort to the English version. 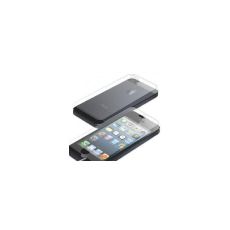 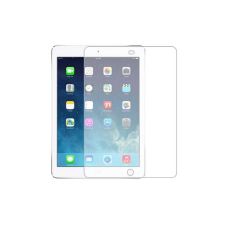 Not quite as persistent as the originalDot.Foto quality Battery for Sony NP-BX1 with Dot.Foto Info Chip - 3.7V / 1240mAh - Warranty 2 years - 100% compatible (Electronics)

Unfortunately, not quite as good as the title promises!075 / The trace of the Raven (MP3 Download)

Not quite as good as the KindleTolino Shine eReader (electronic)

Claire and Jamie in the original EnglishDragonfly in Amber (Outlander) (Paperback)

Functional, but not as good as the original standsVicTsing USB Charger shows Pebble Smart (Electronics)