Pro Evolution Soccer managed primarily with its parts 3-6 to simulate an incredibly comprehensible realism on the virtual football pitch. With PES 2008 was (unfortunately) a trend - away from the football simulation towards the arcade gaming - taken which should be probably the mainstream justice. Too bad, but somehow understandable.
With each new installment of the series, I was hoping for a comeback of the good old days and was disappointed in spite of repeatedly good ratings the trade press, year after year. Nevertheless, I arranged myself again and again with the games and their arcade-heavy feel, not least because I was able to make friends with the alternative of EA Sports still less. Due to the stagnation of the PES parts 2010-2012 I decided to forego the 2013er part for the first time in a long time.

Following the announcement of Konami regarding the new engine and the alleged reboots the series I worked more closely with PES 2014. It all sounded very promising, but it was finally the year before ... First reviews and tests were then in agreement but, that PES 2014 in fact is different, more realistic. For this reason, I decided the boys of Konami after a year again to take a chance.

Due to the everlasting discussions with other games here on Amazon is in short anticipate that the game neither Steam nor Origin, nor needed anything. If that game so do not like, it may well re-sell! In this day and age no matter of course.

Now to the essence, the game!
Yes, it's different, it's a huge difference to my final installment of the series (2012). It is simply realistic, very realistic. The player moves the ball physics, the atmosphere ... madness. The overall look is fantastic in PES 2014. It's fun to follow the movements on the field, watching repeats or in games between friends to sit as a spectator next. It looks just really about football.

Unfortunately, it first looks much better than it is also (los) can play. PES 2014 is challenging, it requires a certain time, a certain amount of practice. But the realistic implementation goes in my opinion, especially in the first few games, too much at the expense of more complicated and cumbersome player management and game pad usage. What can be circumvented in the attack with well-timed passes or ordinary walking distances, (at least not when playing on advanced AI) is in defense work currently a single lottery. The AI ​​draws too often without any major problems over, not least because the right timing of screening, Pressing- and ball-control without loss is not quite. In contrast, you win on the offensive almost a direct duel, which is perfectly ok and quite realistic, but then please also on both sides. Another point of criticism in the offensive play is the behavior of the ball carrier at minimal direction changes on the court. If you change eg. The direction of the right to the right-bottom of the player remains virtually stand to execute the change of direction, mind you without press the Sprint key. This, unfortunately, the game loses enormously in speed and momentum. This can already be very frustrating as field advantages by eg. A perfectly played deadly pass by the enemy can be loosely Walk again in this way.

The enemy AI is acting mostly understandable and sovereign. Only with their own appearance, I miss more sprints in the alley or an offering in dangerous situations. The defender, however, position themselves in hand-to-man game clever and predictively. The much maligned keeper makes in PES 2014 is still not really good figure. The usual parades and all the motion model of the goalkeeper are indeed staged very well and great, but when manually Rausholen of TW the path is particularly far from ideal, which leads not infrequently that the opponent has to walk more on the ball and a goal the consequence is. The TW is not running here namely unfortunately against the ball, but rather with the ball, which even in older PES parts could be a great nuisance.
Similarly annoying and equally from all PES parts known is the player's automatic path. That is, when sprinting to the ball, the own player moves rigidly on a predefined path that goes similar to the keeper, rather with the ball rather than against it, which means that running duels actually recovered are still lost. A direct control of the player is possible in this situation only by the additional pressing the button RT. Thus, the pre-defined path is interrupted and you have control of the players back. Knowing this, no problem, as a newcomer certainly incomprehensible and frustrating.

In terms of graphics I do not want too much miss me as a round football match is for me in the foreground. You have to mention however the ugly lawn structure, as another reviewer has very aptly put it, more like a coasting carpet resembles as a football field. Furthermore, the player faces the non-world stars are simply bad and unloving. The audience, though finally plastically staggers somehow asynchronously back and forth and has little authentic for me. Otherwise, the whole package graphics, not least by the great animations and movements is very pretty and above all realistic. Thank Fox Engine :)

Despite the sometimes annoying player movement and game pad control, which may also be attributed to my inability PES 2014 finally a great football simulation that only reveals the full potential after a certain acclimatization, namely an incredible playful freedom and above all a lot of fun. Due to the higher claim, the complexity and the many professional set up in the control (goal, manual jilted, etc.) is also guaranteed a certain long-term motivation.

Ultimately, PES 2014 - similar to already PES 6 - be a matter of taste. Some will love this simulation, hate the other. But Pro Evolution Soccer 2014 has a long time, mainly thanks to the new engine and the outstanding community (which will surely publish numerous patches with all the original names, coat of arms, shirts, faces, player strengths, etc. in the coming weeks and months) the potential to properly complete football simulation.

Below the great as well as less pleasant things are again listed shortly.

- Serious, sometimes frustrating on / switch
- Ball leading player stops with a simple change of direction almost
- Rather complex and complicated control
- Lawn structure
- No rain
- Faces of normal people are unrealistic and unloving
- Licenses (patches should here in the future remedy)
- Music and Soundtrack
- Comments

The new beginning of the series was necessary and has been remarkably well implemented. For many criticisms I can ignore, because critical is on the court, and as true PES 2014. It's not the perfect football simulation, but the path to it seems with the new engine entirely possible. 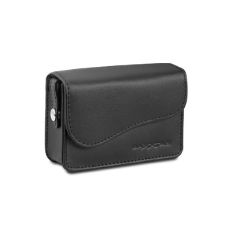 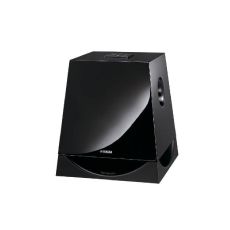 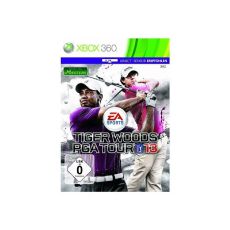 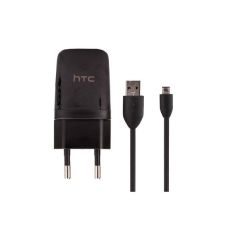