... This question does not arise even after testing the latest generation of the standard version.
I am rather surprised something that Desgin has not even taken place as part of a facelift. The internal changes that increase the coffee temperature you realize not really. And I never found problematic the temperature of Sebseo coffees. Anyone who who has tried "first cup" of a Melitta MyCup will probably never again complain about the temperature of the Senseo coffee.
Even the coffee is named after the first rinse free from any nasty Nachgeschmäckern. OK then!
The Senseo coffee is tasted not comparable to those of coffee, how it is brewed from fully automatic machines, Nespresso, Tassimo, Cafissimo, Aldi system and conventional filter machine.
Should I describe him, I would say it tastes like a mild filter coffee without bitterness.
You like him or you loathe him. I like him much, but stay true to the Nespresso.
The housing is as ever processed piccobello. Everything fits together beautifully and the lid locked with no hooks or desire.
The water tank is also easy to use, but could use some more capacity in the context of a facelift.
Xhic it is after all these years. A Porsche 911 also looks almost out, as in the first year of construction.
The thick advantage of Senseo is definitely that the pass can be had much cheaper than the capsules of Nespresso system.
Coffee drinkers I would strongly advise against buying a Tassimo. The cocoa can, but the coffee is beautiful .....
Overall, I think a star deduction still sparse water tanks and the lack Facelift go because of OK.
Very good 4 stars. 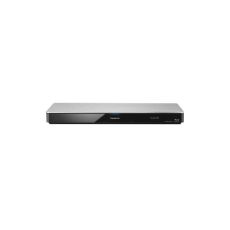