The rating refers to the special edition, which is in content a part of the Collectors Edition. The game I reviewed separately because the Amazon reviews not summarizing.

The additional bonus mission is a successful bonus and approximately 20 minutes provides additional gameplay. The interesting part of the Special Edition but without question the Beani-cap, which is modeled on that of Delsin Rowe. For a small extra charge to normal retail version, you get even more so in addition this collectible. So if you've always wanted to buy a Beani cap and the game wants, can access safely here.

For the game itself now the copy of my game-related review:

So now after I played the game once on Normal with good karma and really took every side mission, I want to write a review on InFamous Second Son once.

I do not even want to enter into a comparison to its predecessors, because these I did not play as a formerly pure PC players.
If comparisons occur, then just play that I have even played.

Betrayed I want nothing of the story, so I consider myself superficially. Unlike all the other titles of both NextGen consoles, one has the feeling to witness the story of a really good movie here. The characters are very well staged and breathe a stake life. Some things are predictable, yet there are always these WOW "moments. I even had to find that I was the same emotions as Delsin, when he learned little by little to it. Whenever it something new is met, we responded almost immediately with almost identical emotions. I can very well empathize with films and since I experience so often. In games it happened to me so far hardly ever. And definitely never so much as here. You can decide the course of history often how situations overcome, but whether this has changed more than the current sequence, I can not say yet.
It affects at least nothing artificial and fake.

The game draws a immediately under his spell. And that well-implemented not only because of the history and the natural behavior of the characters. What really should be at the heart of each game, makes equally good job here.
The control passes immediately in flesh and blood; New skills are clearly explained and internalized; There are many side missions and you can see the areas gradually conquer; Karma missions for its orientation appear repeatedly; The Karma system is used very apt; The additional features of the DS4 be deployed here fully. And these are just a few of the things that has Second Son. None of this comes across as obtrusive or frustrating. The struggles against the DUP troops are beginning quite easy and take to the finals again mightily. Likewise, the imaginative boss fights.
The record of skills is somewhat reminiscent of the old Mega Man. Because of course you would be like a child about each new skill ^^
With Paper Trail, an additional form of DLC was also introduced. It invites not simple an extension with a new mission down and makes them sometimes casually done. You must meet the PC and the PS4 tasks alternately. This feature is continued in episodes and combines the virtual world with the real world. The same system was also in the MMORPG The Secret World into place and made the game what special.
DAS is innovation and NextGen.
In the game there are also a number of search missions reminiscent of watchdogs gameplay videos.

Act and react the opponents. They are by no means so stupid "as the opponents in Ryse, Killzone or Assassins Creed. But so far I know the AI ​​only from normal difficulty. They were just in this at the beginning and the end were always nasty." But it never came to frustration. Yet it seemed to me, as I could simply ignore them.
The DUP put all their skills a sense. Only the drug dealer seemed slightly confused and. But I'd probably even when I fly all around the ears.

At the beginning you will once confronted with an interactive feature DS4. Thus, the controller transforms into a spray can. Thanks Sixaxis, the Rumble pack and the integrated loudspeaker system the whole is literally torn out of the game and you merge with such moments more and more with the game world. Is the (art) work done, is not followed by intrusive tutorial (like: Now look up, down and left, right Press X to jump and so on.). No, the story runs from the beginning and is not interrupted by annoying introduction tutorials. Learn by doing it says here. One has the control out pretty quickly. Later on, you've just forces and can already make very diverse things at the same time. I as an actual console newcomer had no problems. No it made at any time of fun and I never had the feeling that slows or overwhelmed me what. Still, I had the most control over what I wanted to do.

The music has been neatly integrated into the game. It adapts to any situation and never too loud or quiet. Likewise, the soundtrack also acts not pushy or out of place.
The effects in the game are very nice come to bear, especially in the second power range. Unfortunately, there is something negative in sound. I have a home theater system and taste the course always like full out. Where in other games and movies a blast my neighbor made almost mad, this beautiful side-effect is almost out ... The bass does not act vigorously. As such, the sound is very good, but the lows were not well embedded. I hope there will be improved.
The German synchronization seems to have been made also by the way, as in many other games. Highly recommended.

Yes the vexing issue in recent months. You should not be the most important of a game, but one of them. To describe the graphics, I must establish a comparison now yet.
I played on the One Ryse and was actually flabbergasted because the characters. The environment looked for rather weak compared to the characters. The animations and movements seemed very successful, but still slightly contrived. It looks gorgeous and no other One or PS4 game came ran until recently graphically (!). Only the lack of or poor antialiasing was a horror.
InFamous Second Son also offers very detailed characters. But their facial features and facial animations are not contrived. Each pore is visible (as with Ryse). But the facial expressions and emotions appear natural and soft. The game is built with its graphics are not the real world, but this alone comes from the characters forth in more detail than any other games.
The light reflections and water effects are very detailed and look pretty real. Shadows and lighting effects generally convey a very good impression.
The textures are nowhere muddy and the surrounding details make anything of both consoles so far in the shade. The different weather conditions and times of day let the game never seem contrived.
Explosions there are not just a little, and just in the finals "attacks of the forces you realize how dynamic the light and shadow effects really are, it was still so much to be going on on the screen, the game stutters never once Compared:... In titanium case if only 3 Titans exploded at the same time, it jerked at each player in the party. And the game has to calculate an older engine and less. Or at Knack came time to an inexplicable stuttering (here each individual particle to be calculated) . The PS4 will not even really warm and remains even after several hours of play pretty quiet.
All in all a Grafikschmauß and the first right (you would now like so many do purely out of the graph) NextGen title.

I have the game now through to normal. Have every single side mission done and all areas reduced influence on 0% UDP. I have also completed the Paper Trail mission to date. The game time will be different every time. Some take longer, others are quicker. Likewise, it depends on how much a game. Normally I play very rarely through a game because can not tie up a lot of games myself. I should now have roughly 14 hours (real time) used, what should be normal for a single player game nowadays. In normal with good karma as 100% complete.
But I'll have to really seen everything from game, play through the whole thing again in the highest degree of difficulty and time with the evil karma.

If one were thus play all the missions, select difficulty between normal and expert experience and both sides should be 25 hours, the average playing time approx. The Paper Trail Story will bring more hours of play.

Pro:
+ Story (development, voltage, turns, charm, humor and drama. Natural acting flow never comes across.)
+ Gameplay (Innovative, Comprehensive by-products and Karma missions, paging at any time by deeds possible)
+ Control (You always have full control)
+ Soundtrack (very consistent)
+ Sound effects to depths
+ Graphics (dynamic lighting effects, shadow effects, weather conditions and time of day; textures and anti-aliasing are very successful)
+ Animation (the characters look very realistic in behavior)
+ Fun (There is no losing streak and always want more and more and more!)
+ Characters (background stories and behavior of the characters can be a sympathize)
+ Learn new powers
+ Innovations such as the wise use of the DS4 and Paper Trail
+ No stuttering (and it can happen no matter how much)
+ Replay value by 2 Karma pages
+ Actions in the game affect on Karma. So you can even change his mind again
+ German synchronization

Neutral:
= AI
= Game Time
= 3 levels of difficulty
= The light bar is at the beginning of white and changes depending on the color Karma (Were not I noticed when I another player would not have said ^^)

Cons:
- Explosion Sound too weak
- Unfortunately, no multiplayer included in the basic game

Conclusion:
I did not have high expectations for the game and did not necessarily have it. Now I know but that I would have really missed something when not buying.
One could say that inFamous: Second Son has the true foundation of the NextGen Games One and PS4 placed and it is only the beginning of this generation. I'm excited to see what comes out for both consoles in the future. In innovation and graphical power inFamous scores.
Would I recommend this game? If you like the X-Men, Mega-Man, Action Games, Graphics and firecrackers OpenWorld, then definitely! If one wants to his conscience to the test then you definitely! If you want to experience a very good story in a game? Accesses! And I think even fans of the inFamous series will get their costs.
Strong buy recommendation. 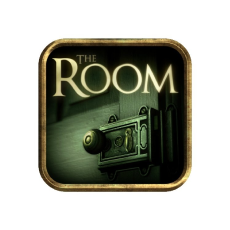 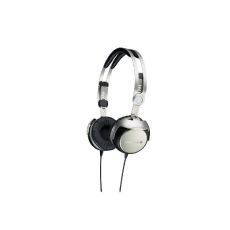 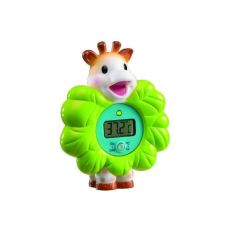 Alone for the first and last title ...The Virgin Suicides (Audio CD)

What went wrong with the first title?21 (Audio CD)

Super Box with popular titles from LPs on CD for the first time completely, and that too in the best quality!Original Album Box (Deluxe Edition) (Audio CD)

More crappy that "the first day". It's possible. Here is the proof.The First Night (Paperback)

Famoser musical cross-section for the first season (with the intimate hope of more !!!)Legend of Korra, The (Audio CD)

For the first contactEntwederundoder (Audio CD)