Very good for the price. Official 4.4 available. Easy to rooting. A few weaknesses.

I have the DG550 through the shop "westzone281" related, which can send via Amazon (Prime). So was fast and reliable. It's not my first China mobile phone, but it's certainly one of the best "cheap" under the. I was not so much on the performance (Octacore, Antutu> 30000) from - I would be a more energy-efficient version even better - but the 5.5 inch screen with a relatively compact body (I actually tend more to 6-inch models), the dual SIM function (I need constantly) and Bluetooth 4.0 LE + Android 4.4 (or> = 4.3) for the support of my Android Wear SmartWatch (Moto 360). While there are many MTK chip androids with dual SIM but unfortunately support the (so far) Android 4.4 not.

Of course, the DG550 with Doogee-Mailout Android was "4.2.9" but there already delivered the official ROM 4.4.2 (Build of 15.08.2014) of Doogee itself out (link can be found at the bottom of the page of DG550 doogeemobile dot com), you can relatively easily upgrade the phone with a Windows tool. But you should keep slavishly to the instructions - otherwise you won a paperweight. In the pre-installed Android 4.2.9 version, can the phone directly to the App Framaroot (1.9.3) rooten (the app you have to naturally get from a trustworthy source). Even under 4.4.2, the device can then very easily again with "RootGenius" rooten (Framaroot did not) (!); it really is feasible with a single click. The left by the Tool King App users but I have removed right after installation of SuperSU - I found somewhat suspect. ** UPDATE: for the latest firmware works "Kingo root" (see below) ** rooting is naturally connected, etc. so I explicitly warn against ever with dangers / guarantee losses; all at your own risk and responsibility ... I have made a fairly trivial reason immediately rooted instead to wait a little: I wanted to get rid of annoying and extremely loud startup and shutdown sound. So renamed with ES File Manager (in root mode) the two mp3 files in / system / media and rest. It is actually the way the OTA update function support; directly for wireless connection I got a few MB large update of 4.2.9 version available (bug fixes) ... but only updates the existing version of Android, does not appear to complete upgrades to higher versions.

The dual SIM feature is MTK typical super configurable and runs well with my Vodafone DatenSIM and TelefonierSIM from e.sub.plus network. Dual sim is: 1x "Normal" Mini-SIM + 1x Micro-SIM. ** How do I look at the questions and especially to all the wrong answers, there seems to be some confusion about the SIM card sizes because ... I try using to clarify the terms: "Normal" = SIM Mini SIM = ca . 2,5x1,5 cm / Micro-SIM = approximately 1,5x1,2 cm / Nano-SIM (not in this unit but in newer iPhones, etc.) = approx 1.2 x 0.9 cm. The default = Mini-SIM is therefore "Mini", because the first "SIM card" as big as debit cards were ... [age-blind mode at:] I had at that time a huge Nokia-bone, in the you had to make this card size (ie the mini-SIM is not needed from the large plastic card, which they are still delivered, out to solve / allowed). [Age-blind mode of] **
The BT-connection to Android-wear device is stable and consumes as expected / hoped hardly any energy. The screen is good, bright and contrasty. Of course he is not color-fast even on AMOLED level at the black level, but the viewing angles are surprisingly good.

The GSM / 3G and WiFi reception values ​​are excellent (WLAN has 2.4 and 5GHz support). LTE, there are of course not but 3G / UMTS / HS (D) PA (+) is fast and stable. Voice connections were good with me. The speaker is "well" but at least not entirely bad. The cameras are "OK". Navigation with GPS and compass (!) Work (unlike other MTK devices I already had) very fast, accurate and reliable. While it is only with 32GB max. advertised microSDs, but I have problems a 64GB SanDisk mSD it.

Miracast (Wireless Display / Screen Mirroring) also works smoothly and stable (with a Samsung AllshareCast dongle (the other) and a EZ-Cast-stick in mirror mode is very picky tested). USB OTG recognize USB flash drives, mice and keyboards. The phone can be on the PC in the USB Mass Storage mode (the MTP and PTP mode anyway) use - which is very pleasant to use with eg older Linux PCs, etc.

So overall everything works as desired and the quality of the device (inner values ​​- the housing is a bit creaky) convinced me to a large extent - especially you can feel just barely delays in normal use by the high-performance CPU / GPU combination.

What I do not like:
- There are of the 16GB internal memory, 1.5 GB for apps and it can be now not outsource everything to SD card. The other free 12GB are hardly used when reintut an external SD card. This criticism of the partitioning, however, applies to most of China android; is therefore not a weakness especially this model.
- The (A2DP) Bluetooth connection to my JVC car radio was on this machine for the first time really very unstable (funny, because for Moto360 as stable) I need that test even with other BT audio devices.
Seems to be more of a problem with competing devices / links;: UPDATE with Bluetooth headphones / headset A2DP goes well.
- The battery is rather mediocre in spite of efficiency modes. You come so on the day but not further. In particular, the first few percent no matter what to do, the device has been used up quickly - the consumption curve is so nonlinear. Even after several charge cycles thus not very well calibrated and the temperature sensor also provides no values ​​(in GSAM Battery Monitor).
- The touch screen has a slight insensitivity with my unit in an area of ​​the page. If you directly upon receipt system checked thoroughly for example with apps like "Touch Explorer". Is for me but still tolerable.

Ever informed something from me a clear recommendation for people who respect themselves. China Phones and can take the slight weaknesses in purchasing.

PS:
1) Anyone who wants can a Qi wireless receiver charger pad for the microUSB port (the things there are for 5-10 euros - but note correct plug-direction) just barely squeeze under the cover!. Besides the fact that the USB port is then then sealed, one must, however, and the pad in my case, some paper wegschnippeln (very carefully, there are also conductive tracks near the edge), so as not to obscure the LED flash and some plastic from the plug the pad wegfeilen so plenty of room for cables under the Abdekung is (quite brave to hone course also on the back cover) ... Is a matter of taste; I've gotten used to Qi Charging and already mehere Qi chargers at home, mobile and work, so it's worth to me.

2.) the phone is in recovery mode (volume + power when you start keeping) only Chinese characters. Under "dermarki DOT de / android / doogee_dg800_rooting.php" can be found for another Doogee with the same menu a translation ... If you are times fall randomly in there: The last menu item (Navigate with Vol + -, Enter = Power) is the Reboot for otherwise, of course always helps to remove the battery ...

UPDATE (30.10.):
I've bought myself a black model from another dealer (the matte / rubberized on back feels as incidentally very good at). Actually, for a family member - but now that gets my white). The device is perfectly fine (even the touch screen) and already came shipped with the Android version 4.4.2. There was also once a OTA update and this new 4.4.2 ROM has a build date of 09/25/2014. Everything runs very smoothly, but unfortunately root Genius does not work for rooting.

UPDATE (13/01/2015):
With the Windows program "Kingo Root" can also the latest firmware (4.4.2 Build 9.25.2014) are relatively easy gerooted. Whether the program is trustworthy, everyone must decide for themselves, and as always bear the risks of rooting. I like the phone is still very good for the price, however I use it currently more than Zweithandy until it is passed on in the family because the battery performance is really not that great for my use of it (but I have yet a second battery) and I me an even bigger (and much more expensive) phablet risen with a larger battery. There are with us in the family now (white 2x 1x black) three DG550 in the use and so far there were no problems with the equipment - especially no detaching displays (even though my kids / teenagers certainly not very gentle with the devices deal) ... 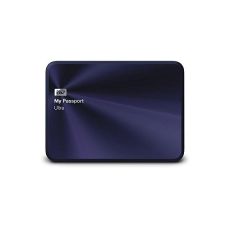 Not perfect, but very good for the priceCelestron NexStar SLT 102 Telescope (Electronics)