Since then, I take pictures digitally, I could not shake the impression that the information content of my photos did not reduce the halving of the resolution. I could never put into words what made me over the years with the image quality dissatisfied. Always remained an enormous pale aftertaste while viewing photos in full size on the PC, which did not correspond to the real visual impact in triggering the start. I recently read then but the first time of the Sigma cameras, the Foveon sensor and saw sample photos, which left me with his mouth open in the 100% view back. The image quality of this compact play under appropriate conditions even in the league of some medium format cameras. (In digital photography-school there is a direct comparison between Pentax 645D and Sigma DP2 Merrill)

The DP2 Merrill is not an allrounder but rather a stubborn "fair-weather camera" whose lovable quirks you should internalize consciously before use. You can just one thing, but it can really outstanding. Beyond these core competencies, it looks here and there quite sobering. I leave for this reason, conventional criteria such as the high-ISO capability, operational readiness, auto focus speed, the lack of built-in flash, memory speed, JPG engine and battery life not included in my review - which, other cameras significantly better (!). One would, however, overlook a little gem if you focus only on the sum of all properties.

To utilize this inconspicuous device really would need to rethink some and slow down routine processes where appropriate. Images must be planned meticulously partially, so that you do contrary to popular trends again must approach the original concept of photography itself.

For best results I use a tripod in many cases (including two seconds lockup and bracketing), ISO 100, an aperture between 5.6 - 8, sometimes the excellent manual focus and RAW mode and the software Sigma Photo Pro to convert.
The processing of RAW files is enormous hardware hungry, the software for it, however, also designed for multithreading and uses when present at least 8 CPU threads at full capacity. Yet even the calculation of small adjustments takes a relatively long time because the data is the information content of the advertised 46 megapixels of three layers, each 15.6 MP. The batch convert RAW to JPEG with moderate adjustments takes on an Intel Core i7 2600K @ 3.8GHz approximately 16 seconds per photo.

So far I have the Adobe Lightroom compatibility * .X3F not missed, since I * .tif convert with Sigma Photo Pro in 16-bit, and was able to maintain my previous workflow. Some complain about the dynamic range of the camera, I can not really understand. It's unbelievable what one "highlight" still can get out the 12-bit RAW with SPP and the functions "X3 Fill Light," "shadow" and. Noticeable here is an unusual color noise in shadow areas, not as usual occurs at the pixel level, but is more like green or magenta spots with large irregular diameter. However, this is whining at a high level, since they are not visible in normal operations, but only under extreme brightening underexposed areas.

Nevertheless, some little things bother me: Firstly, the aperture setting is adjusted in the three Custom modes after each made photo again and there is not separately stored and the other is in the bracketing part does not change the shutter speed but the panel to different exposures to achieve - but which happens only sometimes comically in the custom programs and just not always (Firmware Version 1.04).

In order to effectively eliminate luminance and strip noise and any vagueness in shadow areas, I use the bracketing function of the camera and the fusion method of software Photomatix Pro. In this way, natural-looking images arise, which have an extended dynamic range while significantly more details in the dark areas as the single acquisition.

In some cases, I also had problems with the adequate illustration of reds and flesh tones. Otherwise, the color rendering is however excellent. Unfortunately, the display is built-in spite of very high resolution only partly to test the pictures because the color reproduction fails not particularly good and the sharpness of detail can not really be reliably estimated. The images unfold on the monitor to their fullest potential.

This camera may be a one-trick pony, but I dare say that it would be possible only with a five to ten times as expensive photographic equipment, to achieve results that can compete with the richness of detail a serviced correctly DP2 Merrill. Due to their specific nature, their use is, however, almost exclusively limited to stationary subjects.

Thus, these highly specialized camera is a conventional SLR can not replace, but my heart is bleeding again, if I need to photograph with other cameras and in advance know that the result is, at best, represent a mushy compromise. Fortunately, the DP2 M is so handy that you can have almost always there.
About the price of Merrill's like you can argue. Many may consider a crazy, to pay nearly 1,000 for a "compact" with fixed focal length. But these people do not usually know with which they are dealing here, or they may not be enthusiastic about detailed images.

I have three sample images uploaded (cemetery), show the reduced output image in full size, and a 100% view of the center and the top right edge. Unnecessarily limited Amazon dissolution of the sample images at 500 x 333 pixels, which is why I wonder why so far almost no crops but almost exclusively full images with 4704 x 3136 pixels have been uploaded, which were then reduced such that not even the resolution difference to a would notice 1 MP mobile phone photo. No matter: it is reflected in an impressive manner the extraordinary vote of lens and sensor. The detail sharpness of DP2 Merrill runs almost the entire image area, there are hardly make out Verzeichungungen and only slight chromatic aberration at the edges.

Meanwhile, I was able to test the DP2 Merrill also in night shots. I have uploaded two photos hereof the Cologne skyline during the evening hours. Again, reveals the 100% view the incredible imaging performance of this inconspicuous camera.

With the next generation Sigma DP Quattro raring, the price of the DP Merrill at about 400 has reduced, which makes it clear the investment more attractive than even six months ago. Nevertheless, I am extremely pleased with the camera still and do not regret it, to have paid the original sales price.

Nevertheless, I fight in many situations still desperately against the strong magenta tint in Rotbereichen to, but unfortunately still not a panacea, however. About selective color corrections can indeed counteract the phenomenon in part - the root cause, however, lies in the interpretation of sensory information, in which the red components must be due to design reconstructed the elaborate and hence have the highest potential for error. In particular, the use of the Sigma Photo Pro features "X3 Fill Light" and "saturation" provides here a potentiation of the color cast in critical areas. This effect I feel the only unacceptable weakness of DP2 M. The color shift is indeed often negligible but very very annoying.

Meanwhile, I would recommend to anyone Merrill users also have a tripod with multiaxial spirit level, as all downstream image orientations other than cause multiple of 90 ° an enormous loss of image quality at the pixel level, falling at Bayer sensors due to the high base blur not such significant as Foveon- sensors.

Who has the patience, throughout the image formation process of the preparation of recording on the often nerve-wracking "development" of RAWs in SPP to the final finishing touches to the peculiarities and preferences of Merrill to take into consideration, will be rewarded with hitherto unparalleled detail. One can at 90 x 60 cm prints, press the nose flattened, and still found no loss of detail. Finally, I have two more photos uploaded (but this time without Crops). 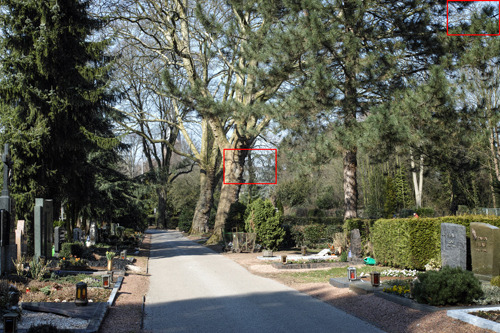 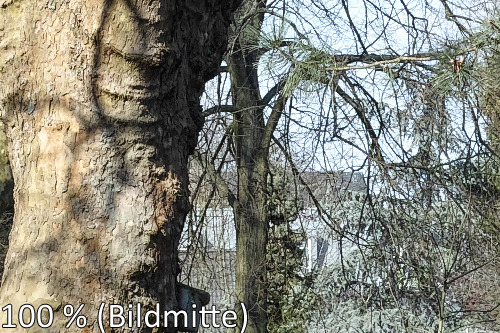 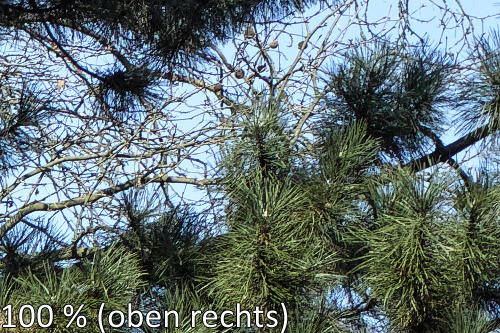 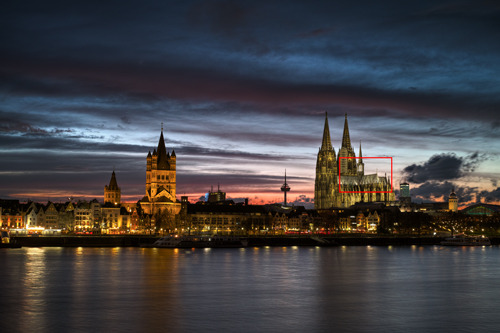 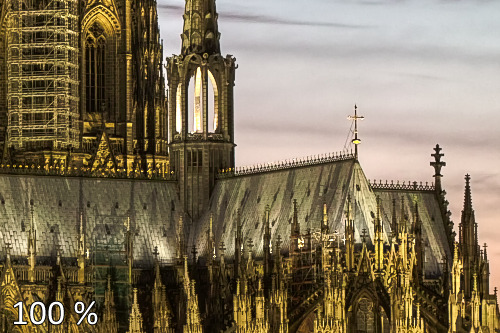 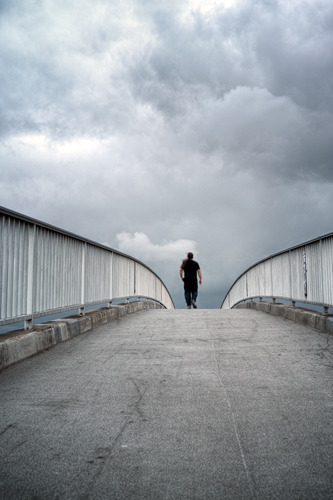 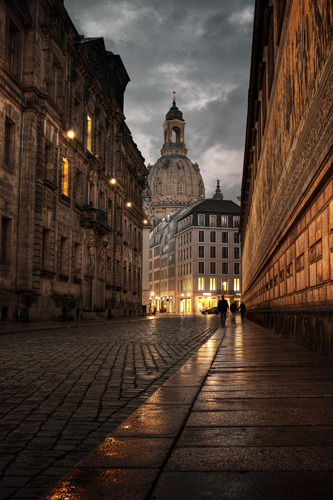 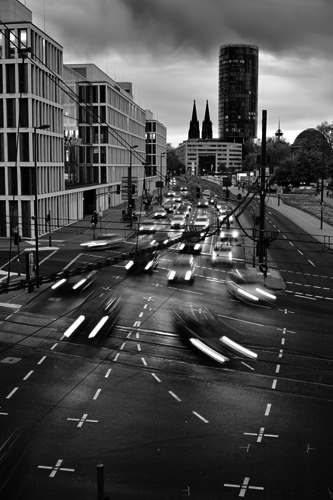 ATTENTION: Product does not match the picture and description Rank: 1/5
September 6

Words Of WisdomSearching for the January Soul Rebels (Audio CD)

Creeping weaknesses.From the perspective and in the words of (Audio CD)