Ergonomic Disaster - The Devolution of Harmony Through pre-order the Ultimate Harmony in Logitech Online Store immediately after the announcement, I had one of the first to test the "honor", the remote control as an end user.
Previously, I had a Harmony 700; now I am in possession of Harmony 900th

On the overall functioning, the characteristics and possibilities of Harmony remotes I'm not here. This information may be any to gather together even in the Internet.
Only the sheet non-removable, subjective and objective pros and cons, as well as differences and similarities to previous models are discussed here.

In general, I was very pleased with my Harmony 700.
Only the lack of a possibility of remote control and use my PS3 via Bluetooth were still shortcomings that needed "fix" it.

Said and done. The Ultimate Harmony is very well finished in the usual Logitech quality, with clean gap dimensions, consisting of extremely high quality sounding materials.
The device went on myharmony.com also more comfortable and contemporary pace than even. In the previous models about the stale, error-prone, slow Harmony Software

The Harmony Hub is integrated via WiFi to your home network and the remote control then connects via Bluetooth to stroke.

This makes it possible, the Ultimate to update wirelessly, without having constantly to be connected the USB cable and synchronized cumbersome over the PC.
One chooses via the display menu "synchronize" and the Harmony Hub pushed the latest configuration automatically from the myharmony account on the remote control.

The connection of the hubs for the Playstation 3 was properly done in zero-comma-nothing and caused no problems.

Then came the disillusionment:

In a neutral stance on the remote control with an emphasis on the palm of the thumb is placed just above the display, which is hardly used in principle.
If you now wish to use the directional pad to navigate, you either need to tense up or thumbs down extra-embracing.
If you want to spool / pause / skipping, however, so you have the opportunity to stretch your thumbs up or changing your grip again.
So there is, in effect, three different variants to keep the remote control (!): Top, center and bottom center.

I own mind rather large men's hands.

With a little luck to get the change of attitude even to the touch screen and performs an unintentional action.

Especially when compared to the old, large models which is absolutely unacceptable.
The general reduction in the Harmony series is incomprehensible. The predecessor models could operate perfectly, blind and without error with a single handle.

The arrangement of the "Ultimate" buttons, the separation of media keypad (above the touch screen) and control keypad (below the touch screen) is an amateurish mistake that would have been as immature and unwieldy in an early alpha state notice must. It forced incorrect entries and is ergonomically completely nonsensical.

Following discussions in local forums it became clear that this already complained a year ago in the beta phase, but was ignored by Logitech. The change the layout was no longer supposed to be at this stage.

Wegrationalisierung and double assignment of keys

As part of the downsizing of the remote unfortunately fell many keys away.

The number block was deleted without replacement and is now operated via the touch screen.

Coils and skipping have been rationalized on a button and two functions.
For coil pressing the button once, for skipping one long (vice versa - selectable).

If you want now (in my case at T-Entertain) Skip the advertising by "+30 seconds Skip", you have to hold the keys down 10-15 times.
While it is possible skipping / swap press coil long / short, but I have to for maximum Spultempo four times hold to (not much more comfortable).

The integration of the function via the touch screen is not an option in terms of a blind operation.

The capacitive touch screen works absolutely perfectly.
It is highly luminous, sharp and responsive as on high-end smartphones not accustomed too sensitive, but not only with too much pressure.
The wiping gestures also work perfectly.

Unfortunately, the software is not completely liquid.
The service is nice "snappy" and everything reacts as intended with low latency from input and execute the command.

However, the hardware looks overwhelmed or not optimally adapted the software.
Who knows in the Android version Froyo and below, know what I mean.
It does not interfere, but you can see the little stuttering / low frame rate (in particular favorites with the many to display station logos).

My absolute knock-out criterion was that the list of favorites, so the transmitter icons for direct selection of individual TV channels, must be linked to a "TV" campaign.
I use two televisions to a receiver via the remote control.

This I have several TV campaigns:

When I select them now is a station automatically starts its associated action (in the case of "TV 1 TV").
I look but just on TV 2 remote and select a station on the touch screen, the respective assigned channel number is now not just sent.
No, it will automatically "TV TV 1" until the action started (TV 2 from 1 to TV).

The favorites list is also available if you just performs absolutely nothing to do with television-do action, such as music listening.
You switcht per swipe gesture now through the various windows and comes to a station that is automatically the "television campaign" launched - totally ridiculous!

Even that has already been criticized in the early beta, but apparently is interested in Logitech nobody, or no one at which owns several TV campaigns.

There are not only the admittedly rather rare configuration of two televisions, but also for example TV and projector via a receiver.

The whole does not border on arrogance as part of Logitech already relent, especially for so extra-long beta period has been involved with external testers.
It should not be a major challenge to all, shall adjust the software.

Error I had on the first day already two:

Once the synchronization of the remote control stops working.
The subsequent restart fixed the problem.

At other times, the Ultimate failed to connect more to build Harmony Hub, in which case a reboot, power hubs of separate synchronization tests etc. nothing helped.
Back after about 20 minutes and herprobieren everything worked like magic again.

That was the first day more frustration than I had with the Harmony 700 for two years.

For the Harmony Ultimate speaks definitely the usual excellent workmanship, as well as the block materials.
The touch screen works perfectly and makes a lot of fun to use.
A real glaring gain in terms of comfort I have thereby however not because I do not often use the direct station selection, but rather "sap".

The downsizing of the remote control was the biggest (the growing smartphone market owed) mismatch of the series.
The wegrationalisieren of keys that double occupancy and especially the separation of media and Control keys are a disaster.
That would have - would have listened to the community - can be avoided.

For 280 Euro remote control (EIA) which is absolutely unacceptable and makes me greatly doubt the abilities of R & D engineers.

How could develop a product with such impractical, capitals, manifest error structures, is beyond me.

The remote control was directly sold again after 48 hours.

With the Harmony 900 I am very satisfied.
While it is not possible to program sequences (ie perform multiple keystrokes in succession as a macro), for example, to simplify the pin input and also the swiping and modern technology / software I long a little behind. The Ultimate Harmony but is also no adequate alternative / development.

There are two star (and not three), as the main criterion of the operation have been very poorly implemented and this will make any 300 20 Euro Harmony significantly better.
Since the processing, the touch screen and the software can still be as good.

The overall approach is for such an expensive premium remote control simply bad and unfortunately missed its target so! 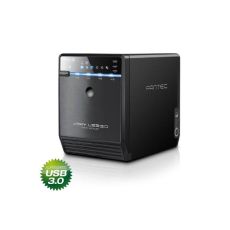 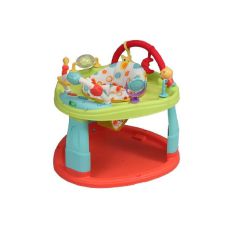 Based activities and awakening Rank: 5/5
December 2 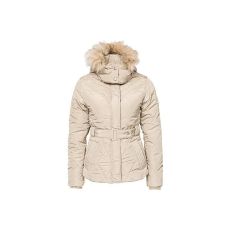 The Way of HarmonyThe ten children that Mrs. Ming has ever had (Paperback)

The races are a disaster, the control is undergroundLego Marvel Super Heroes - [PlayStation 3] (Video Game)