As a satisfied and enthusiastic users of a Panasonic DMC-TZ25 my expectations were SH-50 pinned to the handling of the new Olympus Stylus. Other manufacturers, even bigger travel zoom, brand new, 5-axis image stabilization in video - I was excited, yet somehow skeptical. My expectations were mostly met, when I see a need for improvement even with some little things. Otherwise: comparison largely passed.

I want to begin by saying that I am not the technology freak, the pixel error count or sensors of different design compares. For me, a camera has to be above all: practical and easy to use without any long I have to look up in the manual. These criteria are met, the Olympus SH 50 unconditionally. Apart from the printed manual is so minimal that it only explains the basic concepts first, and commissioning.

The commissioning succeeds, without looking at the manual. Insert battery, perhaps inserting a small SD memory chip (which is not supplied), turn. Done. The menu automatically performs the first steps as language setting, Date input, World Time Setting, etc. Fits. The battery was charged to 2/3 and now ready for use immediately.

Camera, USB cable, plug the charger (the battery must be charged in the camera, its own charger is not included), hand strap, stylus for the touch screen. CD with imaging software (not installed by me or tried), small manual with about 4 pages of text in different languages. No memory card.

Absolutely spectacular. Rather timeless elegance with a penchant for understatement. You can see the camera in what all it can do. And that's a good thing. In silver, the camera looks solid and is almost boring, but I like most in this form. For the right hand a black buckle is integrated with the camera can be a good time. Even with sweaty fingers I'm not slipped at the prevailing heat.

Clear display, which is equipped with touch function. This function, however, convinced me only when playing made images and their enlargement. Otherwise, the attached plastic pencil should be used to avoid damage.
Good: the display can be (if it is not just reflected) even with overhead shots observe well, allowing shooting from of unusual perspective.
I myself am not a fan of touch screens and better navigate through the buttons. But that's a matter of taste.

The display of inaction after 10 seconds to save power from. This function can be switched off - which I recommend, because 10 seconds is very short and the constant re-me turning on the display has annoyed. Another time setting does not exist - and this is one of the flaws that the Olympus SH-50 can boast.

Law much easier it gets. The automatic function automatically detects the subject and set aperture, shutter speed, etc. on a. Who is complicated and Creativer like for the camera holds various motif programs prepared and explained this also when it makes sense to use it, and what benefits do the individual programs. Here are some programs unusable various settings.

Example: in the Intelligent Auto mode no continuous shooting are possible, which is another flaw (summary of the flaw is still).

The camera can be set individually, images may be under and overexposed. Color saturation can be adjusted. Who likes to play around, which are almost limitless. A multiple exposure I have not found. For this is a panoramic program on board, which allows especially the landscaping recording freaks images with up to 360-degree angle. Once turn on its own axis, and the world is on a single image.

But: There are also lots of special programs with special effects that bring fun and creativity. Funny You're on top of that. Liked most here have me "fragments" that the images composed like a puzzle shifted, and "Magic Mirror". Here can be wonderfully experimenting, especially with flowers or architecture, because the picture is mirrored. Great. "Drama" is not too bad, even if the matter then acts rather artificial.

Would I here enumerate every single feature, would of lost track.

24x zoom of 25-600 mm focal length work like this: you sit on the terrace for coffee, see five yards on a flower a butterfly sitting, take the camera (of course, remain sitting so, where you are), zoom Flower with butterfly zoom, press it - done. The Antiverwacklungs automatic ensures that you continue to experience strong coffee from the in-law have no trembling hands and the butterfly without wobbles appears on the screen. In video sequences there is even a 5-shed non-Verwacklungshilfe, which I will probably need only rarely, since I hardly make videos.

There is a special setting of the camera with which I can and shooting films in passing. So while the films knipsen individual images. Presumably this the 5-way non-Verwacklungshilfe is needed, since I usually operator a button when shooting, which in turn triggers small vibrations or minimal movements.

Video sequences can be included in the rest of up to about 30 minutes. The residual space of the SD card is thus treated and displayed the possible length of the video on the display. Well done. So I know immediately that I can take from the family gathering only the most important, and not all fun deposits of nieces and nephews ... :-)

In addition to all the great things the camera also has normal things on board, but they are of course in this price range: for example, self-timer with preset possibility of time, Red-Eye Reduction flash, continuous shooting (different variants adjustable).

After so many good reviews I have now unfortunately come to the flaws that my very good overall impression of the camera deteriorate and cause the rating loses a star tight. Monoesters deductions are not provided, but the blemishes add up - maybe not for each user, but for me.

- The small flap on the right side, under which there is, inter alia, the power connector for charging the battery, acts rickety and somehow cheap. Because the door does not remain open, but somehow stands above two plastic hinges in tension When connecting the cable to the device fumbling.

- The display switches off after 10 seconds of inaction. Description: In the menu this can be ruled out, but there are instead no other power save setting to conserve battery power. The permanent shut off the display after 10 seconds can be annoying, as it must first be switched on again via the "On / Off" button. The lens remains extended while! Unhappy solved. An automatic switch-off of the camera is not provided. This cries out for an empty battery !!! But a second, the photographer should anyway always be with him.

- No adjustment of the AF points. Either it is measured in the center, or it faces are detected. A multi-field AF measurement I have not found. This can my Panasonic TZ 25 clearly better! Testing I kept the camera on an evening movie on TV. There change every few seconds the images. Heads and faces were recognized immediately (but only one). (To reinforce the effect of depth) for landscape shots with foreground clearly lacks an AF metering. Unless one takes for such recordings, the program "Landscape", which supposedly everything automatically "sharp" is - but the auto focus is only on the middle ... (comparison: my Panasonic TZ 25 measures generally more AF fields no matter whether I take pictures in the room or landscape - which can be individually adjusted in the menu)

- Does not have a battery charger. The camera has a USB cable either on the laptop, or charged via the socket (own battery charger possess but today very few cameras ...! My Panasonic TZ 25 also has no more).

- Tripod on the bottom of the camera is just hard plastic. This is probably the weight of the camera due to heavy and tired in the hand anyway (but this is not a disadvantage).

- The flash needs to be expanded via a separate button on the left above the monitor. However, this hinders the holding with both hands, but probably the background that the effectiveness of lightning is increased because the lens moves out very far. This could affect the range of the flash or cast shadows (not tried). There is also no indication when the flash should be turned on or faces of the shadows could be taken by a fill-in flash - poorly made and a real point of criticism! This can only be avoided if the flash is popped up in principle, because only then the camera automatically lights added - but the left hand does not know where ...

The above flaws are my subjective sensation that affect the practical use purpose of the camera low.

The Olympus SH-50 is a handy all-rounder for many areas of application and convinces with its simple, self-explanatory setting and technical equipment. For the journey particularly useful because it is small and has a very large zoom, which also covers the wide angle. However, it is too big for your pocket.

Who does not need a modern design, but rather stands on understatement to estimate for inner values ​​know is right here.

I uploaded a picture that was taken with the zoom is fully evenings around 20.00 clock with intelligent automatic in the garden (House Dachwurz). The second picture shows a cactus flower with the "landscape".

For questions about further details / characteristics of the camera that have not been discussed here, I am happy to help.

Who does not need the 5-bin non-camera-shake help in video area, as they have usually only DSLR cameras to offer, can resort to other cameras that are settled priced lower and have a similar zoom range. Are there any of Olympus ... 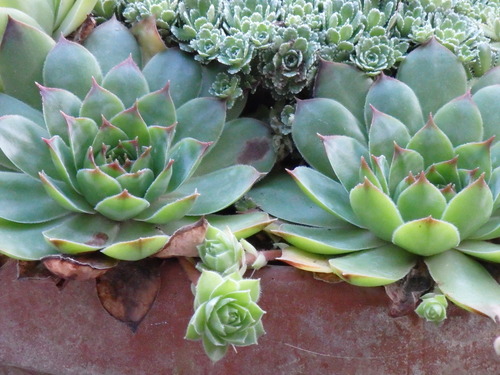 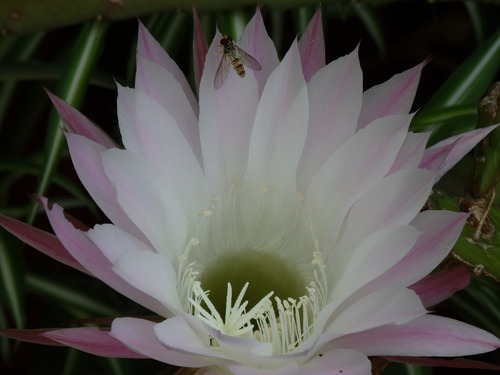 Good all-rounder with great voice quality and decent bass! unique in this price category!Mpow® Wired Headphones with Remote and Mic Volume Control for iPhone and other smartphones (Electronics)