I have long not a smartphone hand, but I am for a long time in search of "my" smartphone. I have since tried many smartphones (HTC One X +, Xperia SP) and know of course Apple and iOS very good. I have long toyed with the idea of ​​buying an iPhone 5s Apple but although in my opinion currently the best equipment and the best OS has I just can not do so by rings 800 (32GB) for a smartphone to put on the table. With Android I'm just not become warm. It is and remains an iOS clone - with some cool features added - which is not just my thing.

As with virtually all Lumias is processing at very high levels. I personally like the feel of glossy polycarbonate but also the matt versions are flatterer. Since wearing the very ergonomic housing design with its rounded edges and the equally beschaffenen, very slippery Gorilla Glass 2 at much. The size is 4.3 inches and not exaggerated edges just right. Although I have an above-average big hands but I'm not comfortable with all 4.7 and 5 inch devices clearly. I especially like the arrangement of the keys on the right side - everything is just right. However, you can tell if you know the Lumia 920 in more detail, that the keys are not made of aluminum but plastic and the pressure point is good but not as awesome as for the higher priced Lumias. Nevertheless: Very stable, fits comfortably in your hand, is not too heavy - what more could you want.

With the most important thing on a smartphone - after I watch it all the time. It will be again and again excited about screens that do not have HD resolution and also if becomes immediately apparent in a direct comparison with the Lumia 920, which device has the HD screen, the resolution is the 720 I never misbehaving. Clear who his smartphone operated by the nose looks individual pixels, in the distance, where I use the device, but I can not recognize. Whether in video, photo or text - although it lacks the HD-Wow of pixelated but the presentation is very far away. It should be noted also the price point ... The viewing angles are excellent - even with 179 degree viewing angle the colors distort not a little, black remains black. Speaking of black: The black level is also perfectly fine and really black, not gray. Equally impressive are the colors that are very saturated and light, the white is neither too cold nor too warm for my taste. I'd like to mention also the maximum brightness - which is, according to tests at more than 550cd. Together with the algorithm that improves readability in sunlight can really always recognize what you grade drives on the display.

The Lumias (at least the more expensive) are not free markets with a focus on their cameras and also the Lumia 720 has received a full representative with Carl Zeiss lens. The pictures can be quite impressive! Whether in daylight or in the dim, the photos are consistently sharp and the colors are natural. Although the Lumias are not achieved with optical image stabilization, the photos (in low light) pleasing noise and capture many details. The flash is strong enough but already overburdened with nearby objects by about 1.5 meters. Meanwhile, the Nokia Camera is also available for the 720 - including all manual settings. Since you can experiment a lot and really rauskitzeln beautiful results. The camera is above average for a mid-range smartphone, and also suggests many high-end representatives such as the HTC One, I had to direct comparison since.

It is generally known that Windows Phone 8 is very frugal and so the performance is also consistently liquid. So far I have not seen a single stuttering, apps start pretty fast and the rather small 512 MB RAM also in many applications in the background always sufficient (now one can indeed in an emergency manually Apps close as Android and iOS). In direct comparison with the Lumia 920, which has a significantly faster processor it is striking that there apps launch faster. Yet I had never alone with the 720 feel that I wait too long. Everything in the green!

Windows Phone 8 comes so slowly rolling, which is reflected not only in the App Store. Although still a notification center and separate volume controls for apps and music are missing is all there, what you need - and even more so by the great Nokia Apps. So you get with Nokia Music free music streaming, the "Here" applications offer free navigation and Data Sense monitors data usage and in the system a full equalizer is installed. This list great apps and features goes on and on for a long time - I just want to hold here that Nokia and Windows are here truly innovative and make an effort. Let's see how the integration of services and apps for the acquisition of Nokia continues.
As already mentioned is reflected in the App Store that WP8 slowly take hold. There are still far from all the apps that are available from iOS knows but everything you could need, such as Facebook, Whatsapp, Twitter, Youtube (yes, not original - who cares), Spiegel Online, Stern.de, NTV , Vevo, DB, Amazon and so on, and so on are all represented. A two apps I miss still at the latest when a new app appears in the store and you think: "Oh, that I've missed so not at all", you realize how much junk you will download itself, the one later utilized at all. Therefore, even when the apps, despite a lot of potential for, all clear!
I'm really excited to see how it goes with this great platform - probably is yes Phone 8.1 officially launched on April 2, Windows and comes for all WP8 devices. I'm looking forward already.

The battery lasts two days by loose - super! Charging takes about 2.5 hours. Much more can not say it. The speaker is up to half of the maximum volume (which then also really noisy is) pretty good. Of course, entirely without proper bass, something I'd been but also award solely HTC One with boom sound. If one does not go beyond half the volume it is to make good use of both hands-free as well as YouTube. Need for music anyway just bring my headphones. Whoever exaggerates but brings him to rattle, then it really makes no fun to listen but as I said only at very high volume.
The 8GB are sufficient thanks to memory card slot. Want to invite only someone of several games in the gigabyte range will get into trouble. I loaded over 50 apps and some Navi cards and more 3.2 of initially 5.2 GB available free - because it still fits a lot. Photos and music are on the memory card (64GB).

Nokia really brings almost anything from a mid-range device out what is possible. The display offers great colors, good black, very good viewing angle and the resolution is quite sufficient. The battery lasts two days that camera is above average, the performance despite some impressive data sheet excellent and Windows Phone is growing up. Oh - phone goes smoothly with good reception.
So where's the catch? Actually, I could not find one. However, it would be nice if it would stand by its 720 specifications from the 520 and the 620 a little more. Ultimately, they're all the same resolution, the same processor, same amount of RAM. Only the camera and the quality of the display (brightness, color) raise the much more expensive but from 720 of the entry-level instruments. Since you do not really notice in everyday life, not sooo much power under the hood lies also no real gripe. I am completely happy and looking forward to WP8.1. Strong buy recommendation! 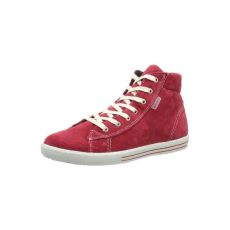 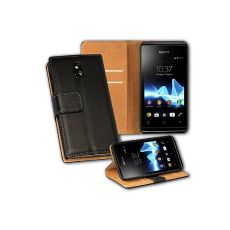