"Real Love" ... the best album she has ever brought out! It must be ever to say: Yes, I'm a fan of Sarah Connor ... and no, this I find is not necessarily all good making them, on the contrary: I listen to the songs and rate them very critical, but with "Real Love "she has in my opinion really released their best album she had total.
The theme of this CD is "Back To The Roots". This I can not completely agree unfortunately. Many songs (especially the up-tempo numbers) are very electronic, but a lot of "stylish" than its predecessor, Sexy As Hell.
The ballads, however, be partly really think back to the old days. Very force- and feelingly she sings this song and still is "that certain something" on top. However, the ballads are not really to put in the same drawer as songs like "Living To Love You" or "From Sarah With Love". Most are accompanied by orchestral music, which thereby act much more intense and powerful.

Cold As Ice (9/10)
The first single of the album. A catchy tune that has washed up! The song is very electronic, but still fit. The melody, as well as the text gets stuck in your head and will not soon come out even. Also vocally she shows that she can sing very well, especially in the C-Part. In addition, it is very easy to dance! So: 9 points.

Carry Me Home (7.5 / 10)
Again a very electronic song, which was this time a bit too much edited with the Synthesizer. Nevertheless, there is again a catchy tune factor and it remains a good song. Even the singing wise, it is good. But not outstanding.

Leave With A Song (8/10)
Makes a song of good humor. A cheerful melody, where the text is not so cheerful. This makes the song interesting ... and good! A song where probably more often is switched back again to hear him again.

Real Love (9/10)
The song, which also bears the name of the album at the same time, and the 2nd single from the album is. It is a ballad with a positive feeling and text. This song is based on a when one is not so good and makes us dream. It is a very beautiful song and you realize (especially when she sings it live) that she likes and you go very close to the song.
One song that you have never heard of Sarah Connor.

Stand Up (6/10)
A song I can classify nowhere. It is acceptable, more unfortunately not. Still, he can be heard and sometimes individually (especially if this "Up Up Up Up Up" sings)

Break My Chains (9.5 / 10)
A very beautiful and strong ballad with which determined many can identify. Here is particularly striking orchestral music in the background and of course Sarah Connors voice that is the end of more and more, strong and soulful. One of my favorites on the album.

Can not Get Over You (5.5 / 10)
A mid-tempo number. Nothing special in my opinion. You can hear it well, but does not stay in your ear and hear the first few times one wonders at the end: What was now again "Can not Get Over You"?

It Only Hurts When I Breathe (8/10)
A ballad that did not convince me of her auditions, but full-length shows its potential. Especially the text is very moving and also the feeling that she puts in the voice is really nice.

Back From Your Love (9/10)
One of the most beautiful ballads on the album. Sarah Connor's voice sounds fragile and beautiful. This is very suitable, since it is only accompanied by a piano. It is very real and approachable. That is why great 9 points.

Time 2 (8/10)
A Power-song! Very confident and strong Comes Around this song and tears with a. It is an up-tempo number that is electronically re that but no bother. Very appropriate!

Rodeo (7.5 / 10)
An interesting and funny number that you have never heard so. It sounds a bit like country style but still audible. The "Eyo Eyo" burns quickly in the head and leaves a sing along. A very personal song, which is a matter of taste.

Better Man (6/10)
A song in which I was shocked first time. He is very very very electronically and is not the style of Sarah Connor! If you, however, accustomed it is audible. It is also here a matter of taste whether one thinks this song is good or not. If you like listening to Disco music is hereby certainly well served.

Keep The Fire Burnin '(8/10)
A beautiful ballad, where Mrs. Connor shows what they can. Especially in the chorus comes to a positive feeling. Finally, she puts it again right and shows that they can use their voice well.

Miss U Too Much (8.5 / 10)
Another ballad that probably most reminiscent of the older songs of Sarah. Vocally he is somewhat reminiscent of "Skin on Skin". The text is very emotional and sad, she accompanied very well vocally.

Soldier With A Broken Heart (10/10)
Simply top! I say for me that this song is probably one of the best of Sarah Connor. The only song that the here can keep and what I personally like better, "From Sarah With Love" Vocally it sounds very strong, soulful and powerful on. You are in this song everything she has and is thereby accompanied by grandiose orchestral music. The text is very beautiful and I think many can relate to it. Round this song perfectly well in all factors and is definitely my favorite song on the album.

Top Of The World (8/10)
The first song, the only on the Ltd. Deluxe Edition can be found. He looks confidently as the title alone already suggests. Some will certainly know the song from the Always-television advertising. Earworm factor and a good song.

This Is What It Feels Like (8/10)
The second song on the Ltd. Deluxe Edition, which features the chorus. It is very intuitive and can certainly hear a lot the first time, singing along. A good "good mood" Song

In Love Alone (9/10)
The third and final song on the Ltd. Deluxe Edition is that one of the reasons was to buy the deluxe version. It's a ballad that has a very moving text and is therefore also suitable sung with a fragile voice. Finally, Ms. Connor is getting louder, so the last song of the album again brings a little highlight with it.

Enclosed is a DVD with a small concert, an interview and the official video for "Cold As Ice". I was very pleased when I read that there will be a DVD and was not disappointed. The live performances are really good and the interview gives insight on Sarah Connor as a person and what it thinks of the album.

Overall, a very good album that I can recommend to anyone who is a fan of good pop music. In addition, even the tip: Give the few euros more from the Ltd. Deluxe Edition to buy, because you, really gets a lot more for the small price difference. 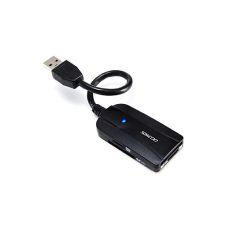 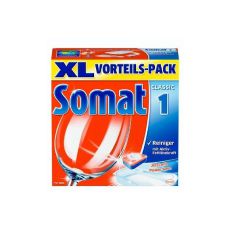 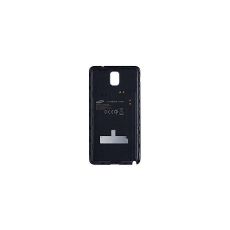 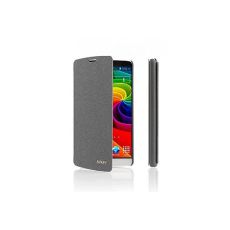 The best album Nino has ever publishedDe Angelo (Audio CD)

Perhaps the best album that has ever been written.Hopes and Fears (Audio CD)

The best thing that has ever existed of MichelleGlass (Audio CD)

The best thing Daniel has ever made.Nothing To Lose (Audio CD)

The best that he has ever made ...Invincible (Audio CD)

Perhaps the best PC port has ever known.Terraria (App)

One of the best albums I've ever heard!El Cielo (Audio CD)

The best Bond that has ever been.James Bond 007 - Goldeneye [VHS] (VHS Tape)

The best VANS, there has ever beenVans VHHSBYB Men Sneaker (Textiles)

The best albums of music that I know ...Dipster, the (CD)