Huiuiui, Ubongo has it all. Actually, it was certainly before the first games that I have a good photographic / visual thinking skills and the other games in this fast paced puzzle lay in the bag - Nope! It took until I was the first to Ubongo! could call. For the other three players, it was also a premiere, so we all had the same conditions.

What's the matter? In simple terms, each player must show precisely marked on their own board area with the given puzzle pieces. The timeout is an hourglass before here. The game is easy to learn quickly, for this we also need no app that is included in the new version of the game. Certainly a nice bonus, but we are happy to put aside Smartphones when playing.

I've never played the older version of the game, but it looks on photos look like as if the reward system and the related game round cardboard been revised. In this current 2015er version it runs as follows: all those who can solve their puzzles to diamonds may pull out of the bag. The two fastest players take also from the occupied with diamonds round game board in the middle of the table an additional, blue or amber. This board also shows you is in which round to (1-9). Here is nice so that even the slowest a diamond can pull out of the bag. At the end of the game count one (to be found on the game rule) all diamond values ​​together. The most valuable is also the red diamond, which is to get hold of only in the bag. So weaker players can catch up at random points.

I've noticed that the interest in solving even the end of the hourglass does not schwindete. So we looked often common to broadcast the puzzle to those who went out completely empty. Because too often sounded Ubongo calls the enemy faster than expected and you think: Huh? that can not be !. We have from the outset directly both sides of the game played by boards, each with three or four puzzle pieces (easy or difficult). One should take care of the way the pieces when packing because they are counted exactly 4 players and must be packaged in a little plastic zip bag unsightly repeatedly. The diamonds obtained with the cloth bag a beautiful habitation.

As you may rotate the pieces and turn easily arise Authenticate floods Lege ways one often take all patience. Personally, I took a few laps to improve myself, while others were very quickly cope with the puzzles at the beginning. So I can understand if you do not like this game. One should already be a fan of playing with skill and lay puzzles combined with quickness. So I think that children should not be too small, because so simple is not the game.

The only downer was all the limit of 4 players. We are always at least five of our games evenings. Overall, however, not so bad, because the game does not take too long (20-25 minutes). So one had to watch and we took turns. Otherwise, at the game has consistently fallen, mainly due to its Kurzweiligkeit. The many game boards with their turn innumerable variants Lege secure many more games evenings. 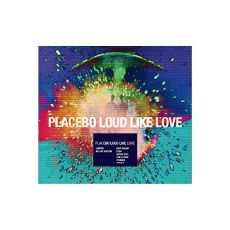 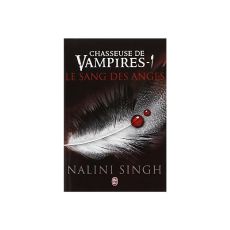 Super set (not only) for the Family Game NightRavensburger 81883 - classic and novelty: Phase 10 and Abluxxen, Card Game (Toy)

Super convenient, not only for the night.Carriwell nursing bra / bustier with lace Still without strap black (Baby Product)