5/5 anticipation: (is not in the score)
Since I sold my previous consoles for the PS4 I could play the Last 9 Months No hockey and that's what I'll do about 95 percent on the console. Mainly I play BEGM why I did not want to put off the scope. The demo I played only briefly because I was too busy 3x2 minutes and it is a must buy for me anyway.

Scope 1/5:
Be A Pro is doing. I thought that's enough for me anyway. Nevertheless, an impertinence that so much is missing. The non-NHL team you can actually use only for friendly matches, there is not even a season. Halls which until now were likewise missing. (For example, the Swiss Hallen). Compulsory DEL season I in between games there is not this year probably.

Menu: 1/5:
The menus seem unkind, very slimmed down and are still confusing. I often oppressive one too many times back because I did not checke that I am no longer in the settings and get asked after a long second thinking if I want to finish bagm.

Extremely slimmed down the scope. It has nothing personal more. While previously wanted to know me, that I am GM, it now works much like the season mode earlier. Absolutely no charm. I look really just more that my rows fit and hop from game to game. So far, it does not like me. (AHI my team I did not notice before. Players will easily performed in "The System". Whether the AHL can control team as far as I know not yet.

No question. The NBC presentation does make her something. But there is every game the same. I eat 3 times a day also not steak! Commentators are repeated constantly. When I listen to every game 5x the same sentence if you check it annoying. The True Broadcast Cam likes me, even though I still have to get used to it. And 9000 unique viewers models are really great! No Question. But after a few games it runs but then on a past ... Vl were used here energies in the wrong place.

Graphic 4/5:
The graphics looks good. Most players can be seen right away. From time to drive players with sticks by the volumes or other small items.

It has a new feature. Rubber band. Thank you! Every game I lead 4: 0 to collect 3 goals with a maximum of 4 shots only that back then there is tension. Clearly there is momentum. But every game?
My Goal Is two are at # 2 and 6 the worst Goal Is. very poor value as the CPU, it will have exciting apparently. My first PP there was in game eight. After 10 games I've got two. (Difficulty all Star) icing against your opponent, there was the first in 8 (!) Game. Until now I could win it all. But it sucks that it has to make the CPU IMNER exciting.
Ovechkins often create not the simplest dekes. After playing 10 have my 3 and 4 line players superior Stats. Ovechkin Cancer t with 2 goals and 3 aussists around.
The 3 point there is the game that otherwise feels quite well. Ever the True Broadcast Cam comes to something like TV Feeling. (See presentation)

All of 30 points playing in all 15 after 10-11 played. Less than 50% negative .. would make the game come to me grad mal 2 stars.
If updates are coming, I will rectify this. Until long unfortunately the worst NHL that I had previously. Too bad. Did I really looking forward to it.

There are just a lot of small details lacking also. (Eg .: no 3 Stars, no caps on the ice with hat-tricks) ...
after 14 games, I am now at 2 power plays. There are hardly ever penalties against the CPU. (Have the penalties provided already to the highest). But I get penalties for actions (eg: slashing) although far and wide no opponent is nearby and I express nothing.

The first "Ghost Goal" I've also just shot. In the repetition was clear to see that my players all just does not hit the puck and these flies as if by magic into the goal ..

The last two games I have after the third goal absolutely nothing done for the offense (whether or not the point of it is?). The two games were 4: 1 and 5: 1 of.
Since I have only focused me on the third goal on defense, the opponents came barely a shot. The mandatory goal falls anyway. at 7 and 9 shots on goal. So no chance of my Goalie Stats for really improving. In the style of play the last two games I wonder also whether I play NHL or FIFA offshoot.

After less than a week:

This is actually the first NHL game that just the frustration factor screwed up. I'm so pissed at EA. The control of the players on the ice is really fun and looks good. The game plays quite well except for a few little things. (Players who remain from and to hang in one another, players no longer make all at once with the puck - CPU). But in every game EA sets then eventually make the switch. Players are then made my pros at once that not even have space in the farm team in the Australian Football League. Not a single pass arrives more. The opponents the job done right. My players check how stupid to see then how the player gets up lying on the ground, to bring the puck and goes further. Puck control at high pucks ?? There is no longer. The opponents flying pucks to magical.

This switch puts EA fortunately always at a different time to. Mostly shortly before the final whistle. Sometimes, however, even in the first third. Just a 4: 0 lead in the first-third lost the first 4 shots on goal of the opponent. (Beginning of second third) MADNESS !!! Because these four goals emerged from the first 4 shots on goal of the CPU's at all. (This too is unrealistic). I have now for the first time ever canceled a match because I am just so extreme about this tension rubber band effect (nice word) trouble .. After 28 games I stand at 27 wins 1 loss in the shootout. My goalkeeper team is by far the worst in the league. My team but at No. 1 in the goals conceded (by far the least) - This is a realistic EA. The main thing every game is beautiful exciting.
The settings do with me apparently selbsständig. Games on time Pro, sometimes on all-star. In the first match it was made suddenly alone on Superstar. (Thanks EA that their trusts me so much.). The match incidentally still a copy of many others. After 4: 0 lead an entirely a helpless opponents of an absolutely impossible situation manages an absolutely impossible goal. (3 seconds before the end). And my goalkeeper may to concede a goal rejoice with the 6 goal.

So until EA flips the switch, it is a nice game to play. From this point, a case for the throw into the toilet. All in all, definitely the worst NHL hockey that I've played. Thanks to the scope and the rubber band

I hope that at 2K to play during the breaks a little NHL and again to bring out the people out of compassion for the PS4 and XBox One community in the next year a specially game. Worse, it can not be.

I have decided to NHL also deduct the second star. I've had enough of this game. For this insight two more games have passed.
Game 1: The default rout. With the obligatory goal shortly before the end. Statistics 30: 7 Shots 7: 2 goals.
Game 2: First third 17: 0 Shots (???) Beaten 6 bar hit me. The opposing goalie fishing stuff from the net .. Impossible - really .. because He is in manachen scenes half goal from the puck ??????? But that's not all. Start of the second period. It goes with, well --- True 2 rod shots of me going. I shoot on all cylinders because I think at some point has to work .. Then yes the first two shots of the enemy. and ??? 2: 0 for the opponent .. risk at both scenes ??? Zero! From this time bring my players not even more the simplest pass to the man. (Unchallenged in their own third of the puck just popped into nothingness against their own Hintertorbande ?? and the next door is in a pass for second defender) in the third attack permanent passes to the opponent - the powerplay. At the time of Gegengtore score by the way 24: 2 in shots on goal for me. The Stangenschüsser (8 - what's the realism) are not yes this .. so to speak 32: 2

Dear people of EA artificial tension in the walls of goal and his own goalkeeper with 20+ Diuptrien have nothing to do with hockey.
I regret to say that NHL 15 by far the worst sports game that I've played to date. (96 games since each of the series)
I'm hoping for an update. As it stands now, it is not fun. Whether you win or lose.

everything is perfect from the order to delivery, Rank: 5/5
December 10 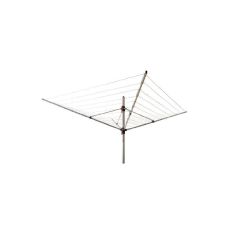 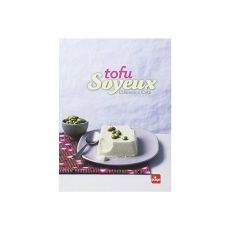 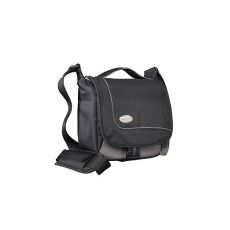 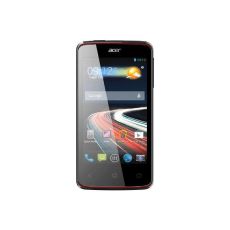 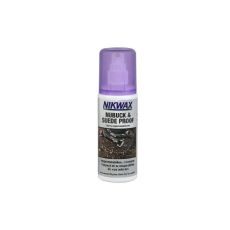 One of the worst protein products that I have ever bought.ESN Designer Whey Protein, Strawberry, 1000g bag (Personal Care)

This is definitely the best smartphone shell that I have ever owned.fitBAG Jive gray cell phone pocket from textile material with microfiber lining for HTC One M7 (Electronics)

The best flip-flops that I have ever owned!Crocs Athens, womens sandals (textiles)

The most widely used toys that we have ever boughtIKEA SVÄVA swing in red; (160x92cm) (Toy)

The best Batman game that there has beenBatman: Arkham Asylum (video game)

Finally the game that would have part 1 should be!Assassin's Creed II (video game)